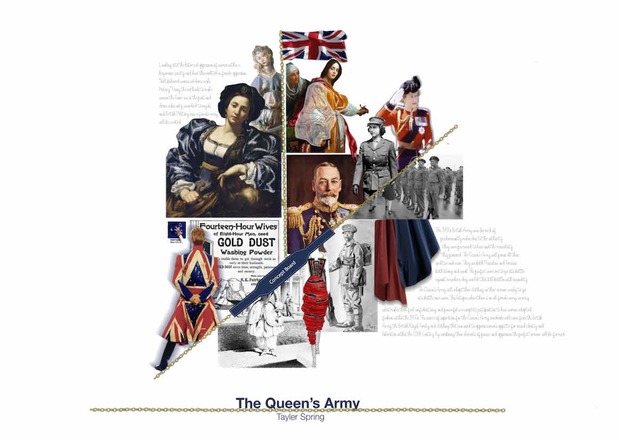 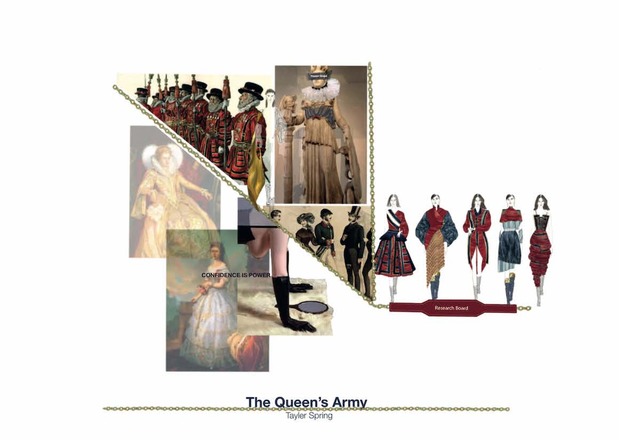 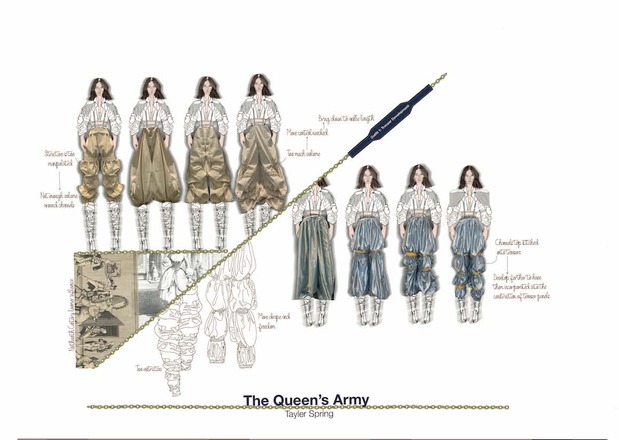 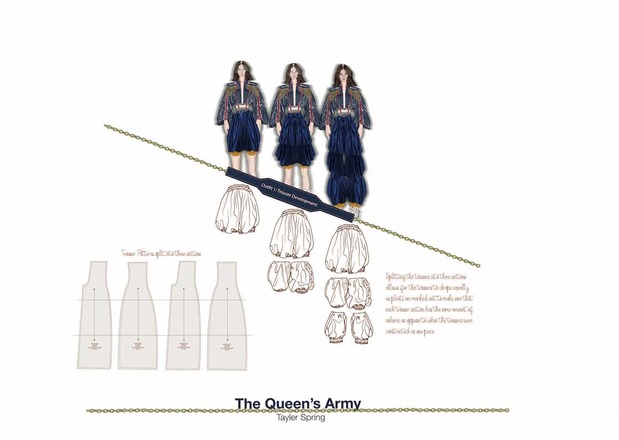 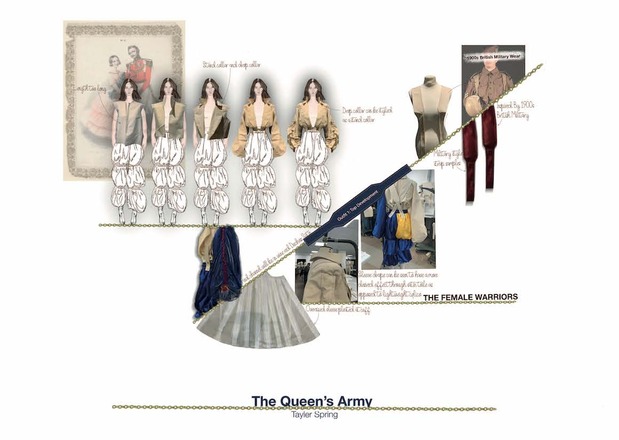 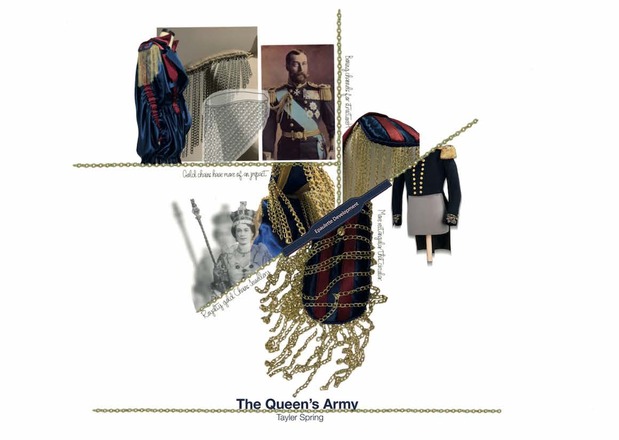 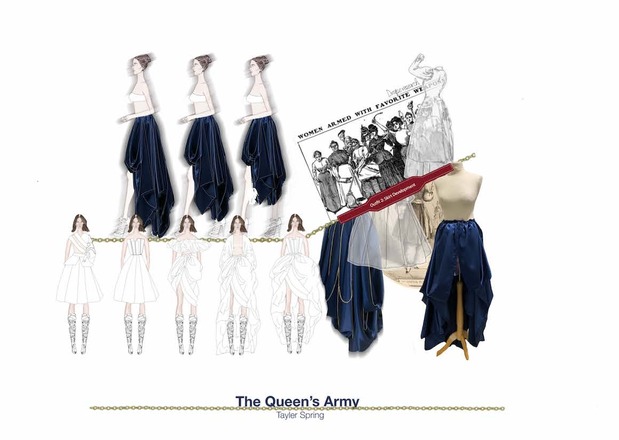 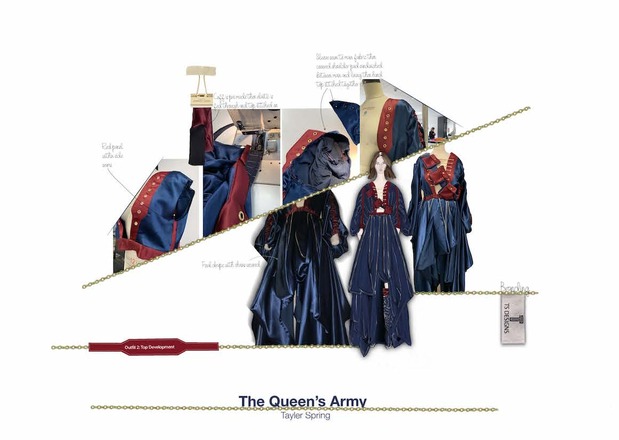 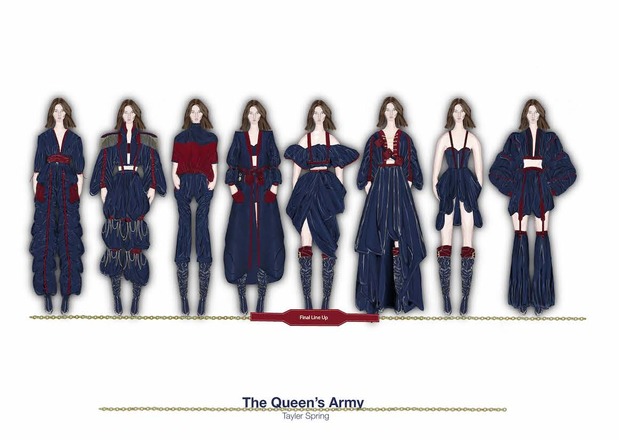 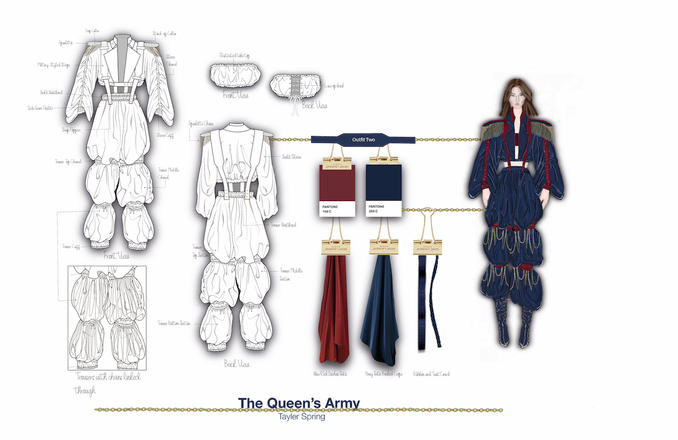 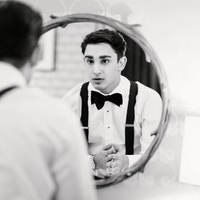 THE QUEEN'S ARMY takes inspiration from 1900's British Military culture and movements such as suffrage. A modern day female empowerment collection, where fashion is used as a suit of armour. The concept creates a female army; The Queen's Army.

This collection makes the consumer feel fierce, powerful and confident. A sense of superiority for those who feel they do not have a voice. The idea creates a look that does not conform to societal expectations of how one should dress, but to break all the rules and to feel untouchable. This is for those who want to disrupt social normality, who want to stand out instead of blending in. As the saying goes "Well-Behaved Women Seldom Make History".

I have always been fascinated by the concept of a suit of armour. I believe anything can be your suit of armour, that it is partially 'what' you put on, but also how you feel when wearing it. My goal is for consumers outfits to make them feel untouchable, to feel a connection to the items they are wearing.

I was inspired partially by 1900's British Military but also by the Royal Family, by combining these themes to create 'Opulent Military Dress'. Some silhouettes have come from the early 1900s, by purposely taking the oppressive clothing that dismissed any feelings of wanting to dress for one's self-gratification and more for societal expectations. These drapes have been juxtaposed with modern day society where now more than ever it is crucial to allow women to express their sexual identity how they deem fit.

The Queen's Army is all about creating an Army within a Utopian world, preparing women for battle.