Different from the modern fashion design industry where the roles of designer, producer and user are distinct, in traditional minority societies of China, the minority women have a triplet of identities: as designers, they are people of uneven talents who must design within limited space by following the given styles of their costume; as producers, they are amateurs who not only have to participate in daily chores but also make lots of costume; as users, they are women of various ages and appearances who do not have the perfect figures of models.

This paper focuses on the style and design detail of minority costume, and analyses the roles played by the minority women from the perspectives of design, production and use by the methods of sample measurement, field investigation and comprehensive comparison.

First, the features of minority costume in its style, structure and decoration are summarised through sample analysis. Taking the pattern as a primary example, the paper illustrates how the minority women innovate on the basis of traditional constraints so that the costume expresses individuality while adhering to the styles of the minority groups to which they belong. Second, based on fieldwork, the methods and procedures of making costume by the minority women are interpreted and analysed, noting how they accomplish the production successfully and swiftly, with the same or similar costume to mark different social identities. This establishes their identities as producers so that they are recognised by their ethnic groups. Third, by analysing the way the minority people wear and match their costume, the impact between the users and the resultant costumes are discussed. From these three aspects of the exposition, a conclusion is drawn that the triplet of identities is relevant to the modern fashion industry, as it dissolves the separation of the three identities, involves more people in the design and production processes, and allows the design work to benefit both production and use. 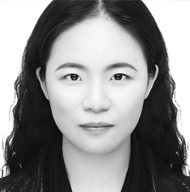 Li Xin, PhD Student of BIFT, is a major in Chinese Traditional Costume Culture, and her research focuses on the minority structure and pattern. She has been awarded ten scholarships from 2014 to present, and has published a number of papers in academic journals, such as Study of Miao “ShengShi” Phenomenon in Guizhou Shidong, A Thousand Baiku Yao and a Thousand Kinds of “Alike Pattern”—the Discussion of Personal Impact of Pattern Forming, Study of Square Structure of Miao Costume—Take Guanshou Costumes as Example, The Collar Structure and Style of Guanshou Costumes of minorities in Southern China, and Study of Folk costume structure along the Belt and Road. 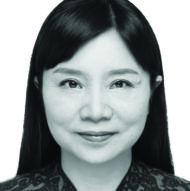 He Yang is a professor, doctoral supervisor and curator of the Ethnic Costume Museum at BIFT. She has designed uniforms for both 2008 Beijing Olympic Games and Paralympic Games. Meanwhile, she also designed uniforms for the torch relay and march-in ceremony of athletes of China for the Paralympic Games. Since 2018, Professor He has been playing a very significant role in designing the space suits, sleeping bags, and floor heating devices for “Shenzhou VII”, “Shenzhou IX” and “Shenzhou XI” for the Astronaut Center Of China. She authored Image Ethnography—Zhuang Xueben’s Photography Collection, which won 2016 German Red Dot Award—Communication Design.