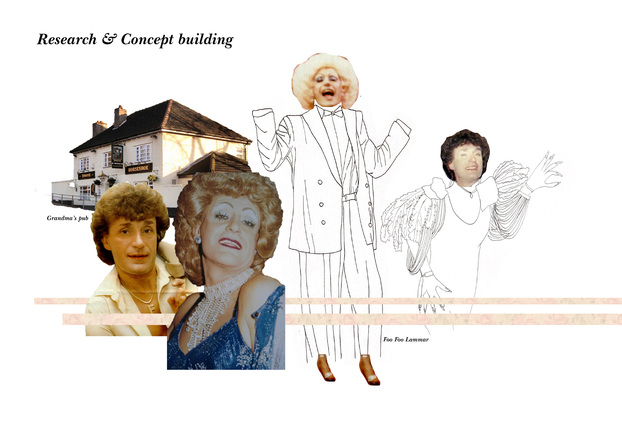 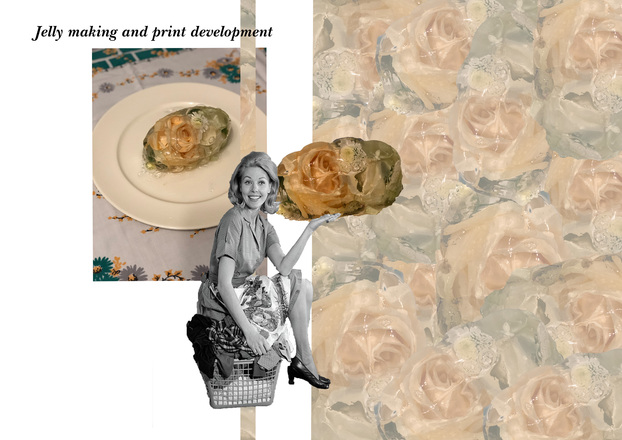 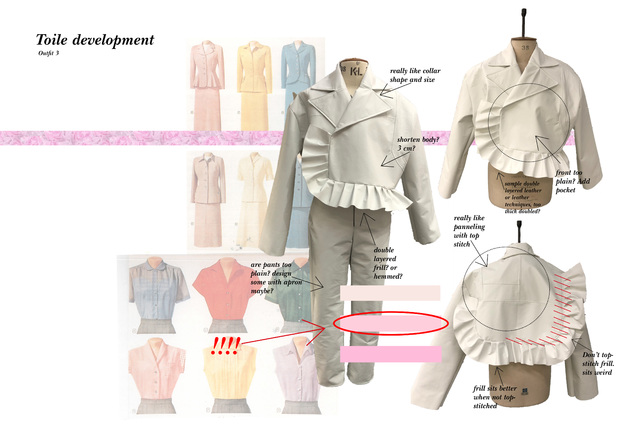 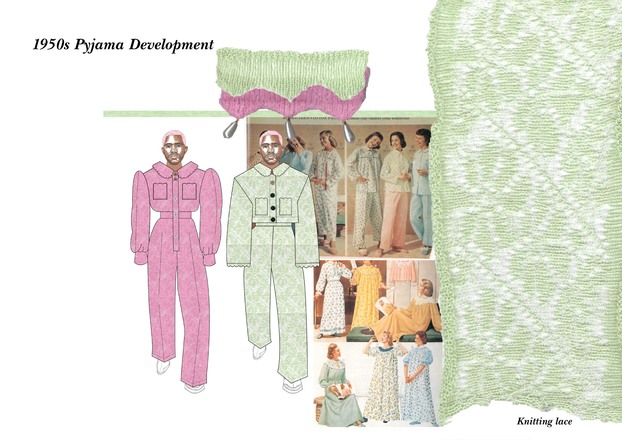 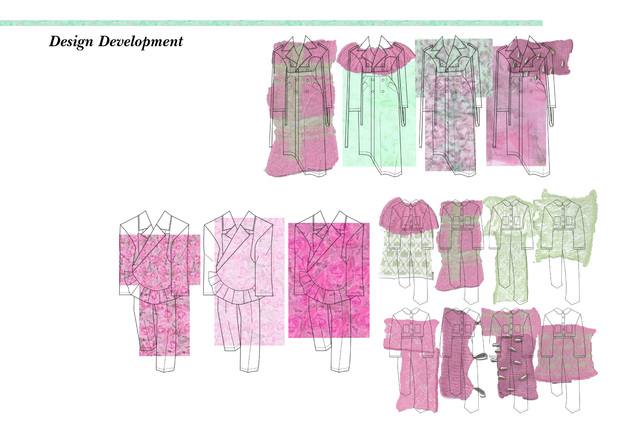 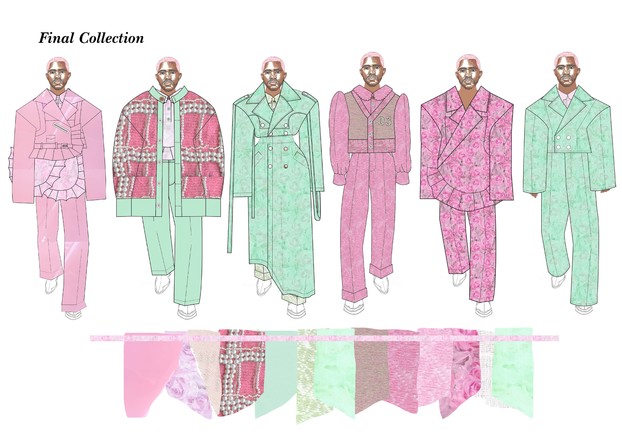 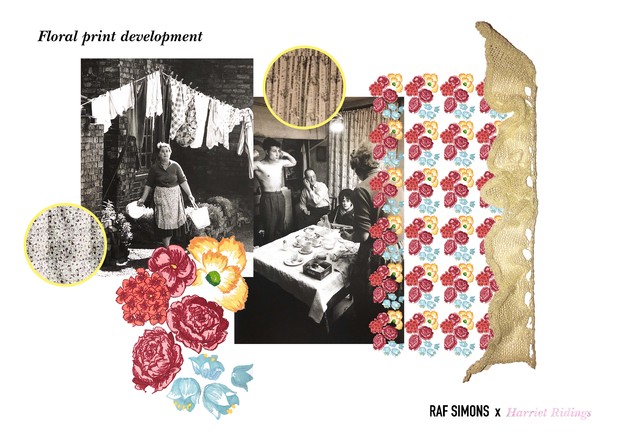 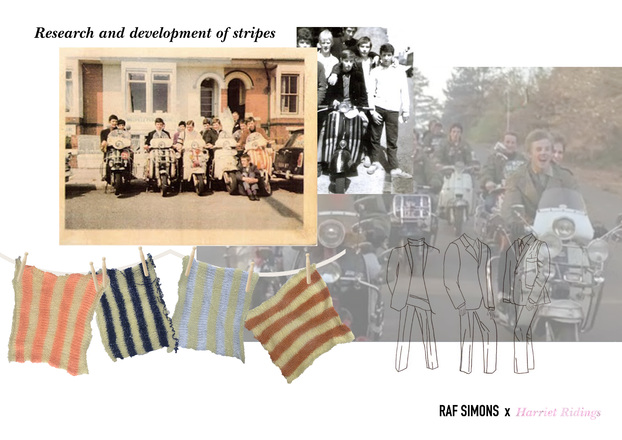 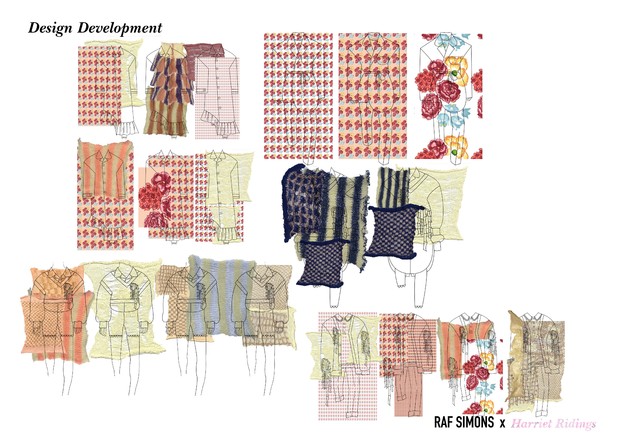 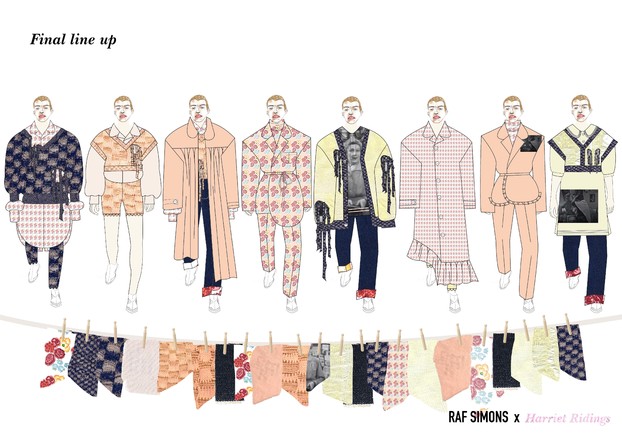 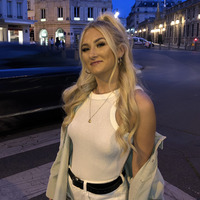 My personal design philosophy is one which challenges the normalities of menswear; I like to challenge the fabrication, colour and silhouette of ordinary menswear by basing my research around both feminine subjects, and womenswear. Through my experimentation with this, I aim to change and disrupt the established ideas of menswear that have been around for decades.

My aim throughout my design philosophy is to question the ‘rules’ of menswear, as well as questioning why, and how these rules and values were cemented within the DNA of menswear, whilst trying to bend these rules and break the boundaries of the stereotypical male garments. I feel my like my current third year topic is the epitome of my design philosophy, my project is based on both the housewives of the 1950s, and drag queens as well as taking inspiration from photos of the pub which my grandmother owned in the 1980s and 90s which, incidentally, was an old haunt of Foo Foo Lammar; one of the drag queens I studied for my project. I find the contrast between the drag queens when they are in drag, versus they way they dress when out of drag, and how this is a stark contrast between flamboyant and mundane, very interesting and inspiring. It’s the contrast between the two which enables me to really focus on my design philosophy and experiment with the way in which I approach designing and making, both being things that I love. I was really able to delve into my project and experiment with it in every way that my design philosophy enables me to do, additionally, I thoroughly enjoy challenging menswear in this way, as I feel it is something that is seldom approached and worked on in the particular ways in which I like to approach it in my work.

Next Profile
Class of 2020 All Profiles Fashion