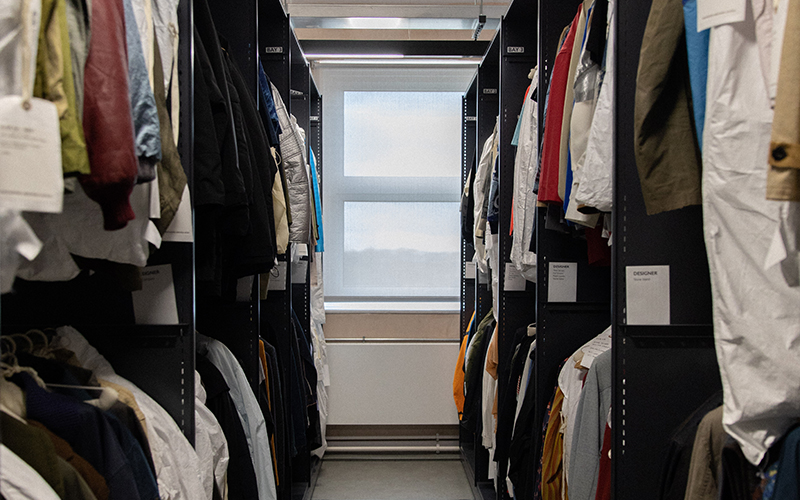 The cultural and industrial connections between UK cities and Milan, and how they’ve influenced British menswear will be investigated in a new research network.

Locating Menswear is a collaboration between academics at Manchester Fashion Institute at Manchester Metropolitan University, Liverpool John Moores University, and Westminster Menswear Archive at the University of Westminster, who are leading the project, working in partnership with C.P. Company, SEVENSTORE, UKFT, and the British Fashion Council.

Jo Jenkinson, Reader and Deputy Head at Manchester Fashion Institute at Manchester Metropolitan University, co-investigator on the project, said: “The network's objective is to expand the field of fashion research by bringing together an interdisciplinary network of scholars, practitioners, and fashion intermediaries, in order to begin identifying and addressing critical gaps in knowledge surrounding menswear.”

Professor Andrew Groves, Director of the Westminster Menswear Archive, and principal investigator on the project, added: “Existing knowledge of British fashion from 1945 onwards has historically focused on designer womenswear to understand the fashioned body, while menswear has remained relatively unexamined, with little research into how it differs in its design, production, or consumption processes.

“Menswear has been consistently under-researched and underrepresented in dress collections, resulting in a distorted understanding of the history of British fashion and its locations of creation, production, display, and consumption.”

The international network is funded by the Arts and Humanities Research Council (AHRC), part of the UK Research and Innovation (UKRI) and will host a series of workshops and events in the UK and Italy over the next sixteen months including a workshop in Manchester in Spring 2023.

The network builds on research already undertaken by Professor Groves who established the Westminster Menswear Archive (WMA) in 2016 and co-curated the award-winning Invisible Men exhibition in 2019.

The network's activities will be documented on Instagram, and in February 2024, an exhibition highlighting the network's findings will be presented during London Fashion Week.