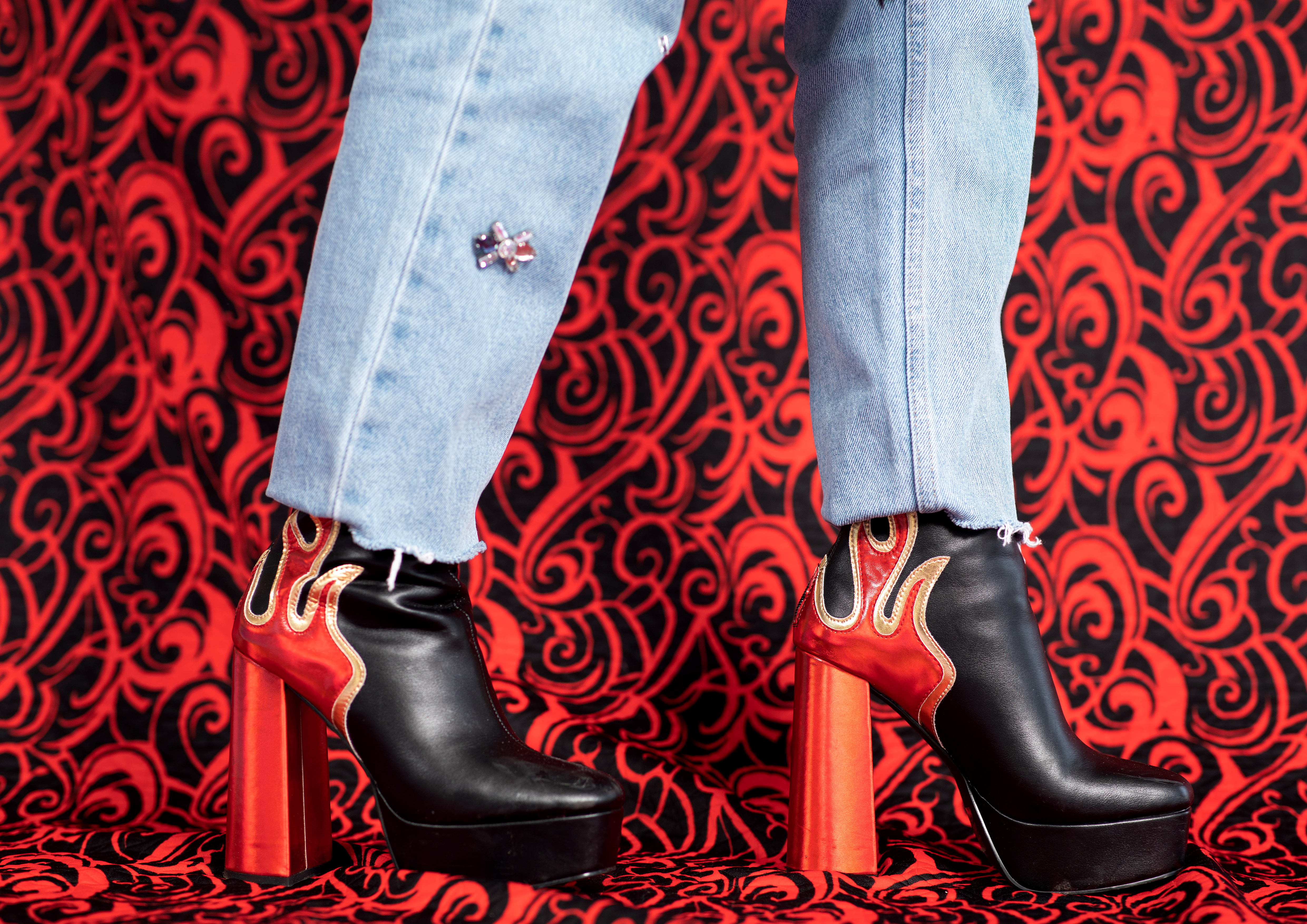 Researchers have collaborated with the photography project Portrait Youth and the British Muslim Heritage Centre to explore young British Muslim identity in Manchester.

Reclaiming the Narrative (RTN), a participatory arts-based research project with the Manchester Centre for Youth Studies (MCYS) and Manchester School of Art at Manchester Metropolitan University, have collaborated with the British Muslim Heritage Centre and a group of young British Muslims to explore and understand how they experience and negotiate their identities.

RTN researchers Dr Fatima Khan and Professor Alice Kettle have collaborated with Portrait Youth, an ongoing research project led by academics from Manchester Fashion Institute and MCYS that uses styling and dress as a lens through which young people in the North West can explore and articulate their personal style and identity.

Fashion academics Jo Jenkinson and John Earnshaw ran a creative ‘Wear Your Identity’ workshop at Manchester School of Art with a group of young British Muslims to explore their identities through styling and photography.

During the workshop, young people styled themselves in clothing and artefacts that reflected and expressed their personal and collective identities.

Award-winning photographer Maryam Wahid captured their styled looks and the series of striking portraits will go on display in the exhibition Reclaiming the Narrative: Portrait Youth at the British Muslim Heritage Centre from October 22 to 27

As well as the portraits, participants also used collage to portray key historical and contemporary issues that are significant to them as both British and Muslim including global and local solidarities, experiences of racism and islamophobia, the intersections of race, faith, and gender, and Muslim pride and resistance.

Through collaboration and dialogue, the group created visual insights into the key issues that matter to them which have been presented in a zine to accompany the exhibition.

Dr Khan, Senior Lecturer in Criminology at Manchester Metropolitan University, said: “The collaboration between Reclaiming the Narrative and Portrait Youth used the method of dress to centre young Muslim lives and voices. By choosing their outfits, the young people selected the aspects of their lives they wanted to share, from the pride associated with Muslimness to the sheer joy of mixing cultural heritage and the challenges of being and living as a racialised minority in a white majority context.”

Jo Jenkinson, Reader and Deputy Head at Manchester Fashion Institute at Manchester Metropolitan University, said: “This collaboration provided opportunity for us to synthesise our methods and offer different mediums for exploring narratives of identity with the young people. It was wonderful working with the group, they were very engaged in the process, and the powerful styled portraits reflect their individuality and creativity. We are grateful to the Muslim Heritage Centre for supporting the project and hosting the exhibition, and to the photographer Maryam Wahid whose portraits perfectly capture how these young people used dress to explore and express what matters most to them.”

Nasar Mahmood OBE, Chairman of the British Muslim Heritage Centre, said: “The British Muslim Heritage Centre (BMHC) is proud of its association with ‘Reclaiming the Narrative’ - an arts-based research project with the Manchester School of Art at Manchester Metropolitan University. The art exhibition represents the most important moment of enhancement for artists and provides an opportunity for them to showcase their works to members of the public”.

Wahid said: "I am a 26-year old British Muslim woman and my vision as an artist is to create cultural understanding in Britain through my photography. When working with these young British Muslims, I was reminded of the days when I was growing up at 16 years old in England. The media frequently projects a common misconception about Muslims, particularly Muslim women. This misconception made me feel intimidated as a young adult when I knew this wasn’t me or the Muslims around me. The sitters in these portraits are empowering the British Muslim identity, which is so important for us to feel like we belong in Britain."

The exhibition also forms part of a programme of activity for the ESRC Festival of Social Science 2022 which includes interactive public talks, workshops, virtual screenings and exhibitions.

Reclaiming the Narrative: Portraits Youth will be on display at the British Muslim Heritage Centre from October 22 to 27.