Blood, sweat and tears: How did skateboarding's Thrasher t-shirt become the fashionista's 'off duty' look?

Blood, sweat and tears: How did skateboarding's Thrasher t-shirt become the fashionista's 'off duty' look?

While the rise of skateboard companies such as Supreme and Palace have usurped the ranks of fashion’s hierarchy, there remains conflict and tension within the skateboard community regarding the industry’s legitimacy to convey authentic cultural meaning to the images and artefacts pertaining to skateboard lifestyles. Typically characterised as outcasts, lawbreakers and nuisances, skateboarders now signify a visual representation of cool. High fashion brands embody the lifestyle on the pages of fashion magazines, within the frames fashion films and on international catwalks. The profound outcome of this has led many of Skateboarding’s self-identified ‘rebels’ to negotiate the desires of their community alongside the yearnings of aspirational youths determined to authenticate themselves by appropriating the aesthetic and textual lives of skateboarders.

This paper presents a discussion on one specific case study, the iconic American skateboard magazine, Thrasher. A dominant voice within the skateboarding community, Thrasher magazine is an anti-establishmentarian, subcultural publication. It shapes a sense of currency within the skateboard community while hinting at the future. Identifying with Skateboarding’s every day practices the magazine emphasises the artistic and visual dissemination of tricks, locations and products, forming a framework of characteristics which examine behaviours, values and social interactions. This paper seeks to describe the history of the magazine’s spirit, identifying the stakeholders who advocate the ‘Thrasher lifestyle’ hypothesising why the magazine’s merchandise became synonymous with the notion of cool. The paper enquires how Thrasher’s t-shirt became a focal point of fascination for the fashion obsessed, addressing some of the tensions felt within the skateboard community on the reporting of this ‘new trend’.

The study adopted an ethnographic qualitative approach using mixed methods of non-participant observations, focus groups and in-depth interviews. Primary research in the form of interviews with Thrasher’s publisher, Tony Vitello and editor at large Mike Burnett provided in-depth knowledge of the history of Thrasher. Secondary research including review and analysis of editorial content, interviews and readers’ comments from online publications including Dazed and Confused, GQ style, Hypebeast, and Vogue explored the subject and aided the researches conclusions. Content analysis was used to look for key themes and patterns within the observations, commentary and interviews (Johnson, Onwuegbuzie, Turner 2007).

The paper acknowledges the pressures of current fast fashion journalism but asks if there is a need for discussions around commentary on specific areas of subculture fashion, in this case Thrasher Magazine, so as not to alienate those who identify with the appropriated lifestyle. 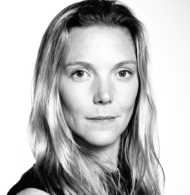 Kirsty Smith is a third year part-time PhD candidate at the School of Visual Communication, Royal College of Art. In addition to studying, Kirsty is a part-time senior lecturer teaching undergraduate fashion media and marketing at Plymouth College of Art. Her research sets out to critically explore the couture fashion industries visual construct of skateboarding through fashion film and photographic practices. Designed to examine the processes of ‘Appropriation’, identifying the visual construct of skateboarding’s (sub)cultural-based aesthetics, the research considers authentic experiences, fashion trends and interpretation of cultural characteristics. Currently working towards a practice based PhD, Kirsty recently returned from Los Angeles, California where she interviewed leading photographers, videographers and CEO’s of prominent skateboard companies.

Prior to her academic career, Kirsty has worked with her long-time partner photographing skateboarding across the globe. Her work has been featured in Sidewalk Magazine, A Brief Glance Magazine and Skateboarders Journal. Kirsty has also worked as a freelance catwalk photographer for over a decade. Clients have included Vogue and Harper’s Bazaar. Kirsty holds a Bachelor of Arts, Honours in Contemporary Craft from Manchester Metropolitan University with a focus on woven textiles and a Master’s of Fine Arts, Photography from Falmouth University.