Invisible to Visible: Social Media and its Role in Establishing Identity of LGBTQ in India

Invisible to Visible: Social Media and its Role in Establishing Identity of LGBTQ in India

‘The rigid and the fluid balance each other’: historically, the LGBTQ community has always existed in India, and it has been mentioned in many ancient and mythological scriptures. However, due to the current socio-political milieu it has remained obscure and looked upon with cynicism. Recent years, have witnessed a massive dissemination of social media in India, which has allowed the notoriously concealed subject of Indian LGBTQ a major moment of transition from invisibility to visibility.

The World Wide Web has created a unique support system for the community by allowing people to connect in order to engage in a process of dialogue in the form of online activism, that translates into Pride marches and protests. Additionally, it allows the community to question the archaic judicial system, to reject the religious dictums and challenge the draconian social boundaries by standing up against moral policing. Over a period, we have observed innumerable coming out stories and acceptance, of rejecting apprehensions and becoming more ambitious by celebrating one’s sexuality with pride.

There is a gradual shift where heterosexual Indians are becoming acquainted with their LGBTQ and non-binary friends, family members, neighbours, and colleagues, where the minority community co-exists with the heteronormative society.

This research paper, along with an accompanying photo series, documents and highlights the positive changes and acceptance brought in due to the advent of social media in India, and its impact on the acceptance of the LGBTQ identity that has been concealed for so long, and the role of fashion and clothing as a means to express their identity. The LGBTQ community has become increasingly vocal about their sense of winning over apprehensions and expressing their identity. The community is forging ahead with the intent to fulfill their ambitions which is to create a level ground for everyone to play in unison. 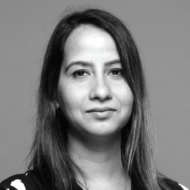 Neha holds a Master’s in Fashion and Textiles as well as having spent 15 years working in the fashion retail industry. She has spent the last 3 years teaching at Pearl Academy and is currently the course leader for UGFD. In the past three years she has presented two research papers at international conferences such as Fashion Now and Then in New York and Global Fashion Conference at London College of Fashion.