Totem on the timeline: Consumer tribes, subcultures and the space in between

Totem on the timeline: Consumer tribes, subcultures and the space in between

In a contemporary consumption context, the concept of community is often viewed through the lens of consumer tribes whose main conceptual framework is centred around an understanding of sociality that substitutes the modernist idea of permanent and enduring sites of identification (e.g. nuclear family, workplace, church) with dynamic, temporary formations of people that ‘favour appearance and “form”’ due to their ‘polygamous’ and transient nature, community in this context is defined in terms of heterogeneity.

Conceptually, consumer tribes can be considered a riff on subcultures which, too, are community-type settings whose basis of sociality are shared interests or common causes. What distinguishes subcultures from neo-tribes is the fact that (i) in the majority of cases subcultures are defined by a more homogenous classification system for markers of identity and (ii), because subcultures are claimed to be bound by rather uniform and coherent social markers, they are assumed to also dominate people’s lives to a greater extent. In a marketplace context, this concept has been extended to the idea of ‘subcultures of consumption’. Due to the fact that consumption-oriented subcultures, too, are assumed to take on a more prevalent role in people’s lives, several authors have pointed out that subcultures of consumption and neo-tribes are based on different types of sociality and thus need to be treated as separate entities.

Although theoretically useful, this distinction negates basic markers of consumption-driven sociality in that social intercourse in general, and the dynamics of social identity in particular, are rarely engendered by linear parameters. This paper seeks to develop an alternative approach by proposing a conceptual model of consumer communities (based on the basic tenets of neo-tribes and subcultures) that is defined along a continuum of involvement. Rather than trying to decouple neo-tribes and subcultures as conceptually incompatible positions, it is suggested that they are variations of the same category, defined by largely similar drivers of social identification and distinguished primarily by different degrees of consumer involvement. 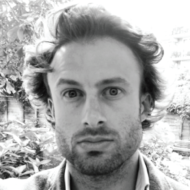 Constantin-Felix von Maltzahn is a research fellow / Assistant Professor of consumer behaviour and critical marketing theory at the Amsterdam Fashion Institute. A graduate of the universities of Maastricht and Amsterdam, his doctoral research was in the area of co-creation dynamics and co-evolution between brands and consumers in the Dutch fashion industry. Current research interests include social dynamics of marketplace cultures, CCT, critical marketing theory, co-creation as a driver of consumer involvement, and consumer behaviour in fashion.