“Fashion and the ‘Silver Consumer’ is all about diversity.” 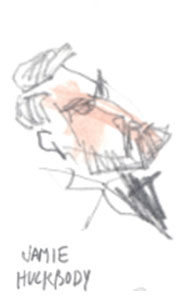 Jamie Huckbody is European Editor of Harper’s Bazaar Australia. As a writer, stylist and creative consultant, he works with some of the world’s leading prestige brands and publications, including the Australian Financial Review, Bulgari, Christopher Kane, Schiaparelli and Selfridges.

Huckbody graduated from Central Saint Martins in 1997 and trained at ‘W’ magazine (New York) and Vogue (London) before becoming Fashion Writer at the Independent and Fashion Features Editor of i-D magazine. In 2005, he moved to Sydney where he was appointed Fashion Features Director of Harper’s Bazaar Australia, becoming the magazine’s Editor-in-Chief in 2008.

Since returning to the UK, Huckbody has worked as Acting Fashion Features Director / Editor of British Elle / Elle Collections and as a contributor to American Vogue. He continues to add to the impressive list of style icons he has interviewed over his two-decade career, including Giorgio Armani, John Galliano, Marc Jacobs, Karl Lagerfeld, Helmut Newton, Miuccia Prada, Donatella Versace and Yohji Yamamoto.

In conversation with:
Tracey Lea Sayer and Terry Mansfield CBE