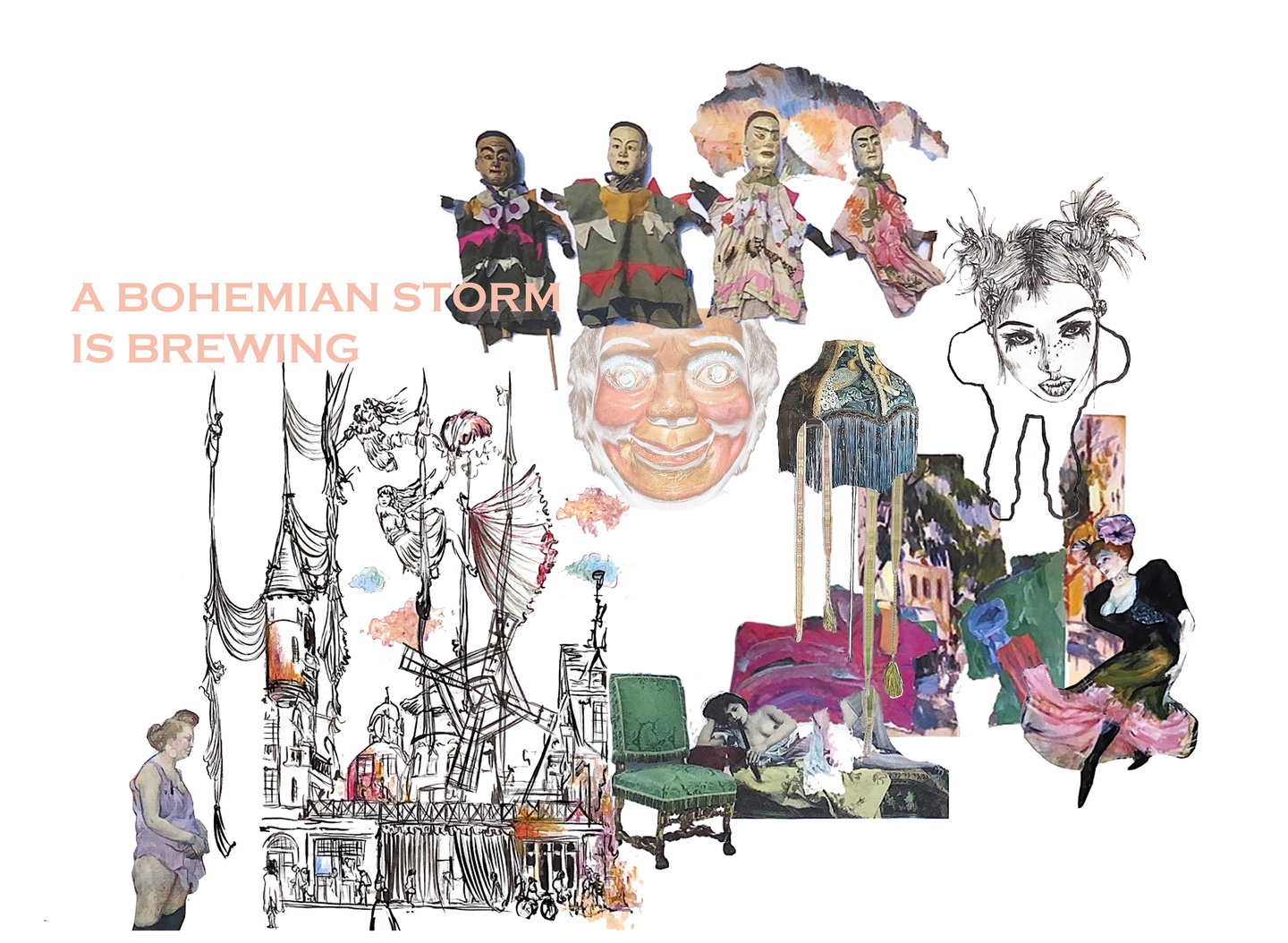 Final collection concept page. Exploring the promiscuous world of the Montmatre in the late 1800s. 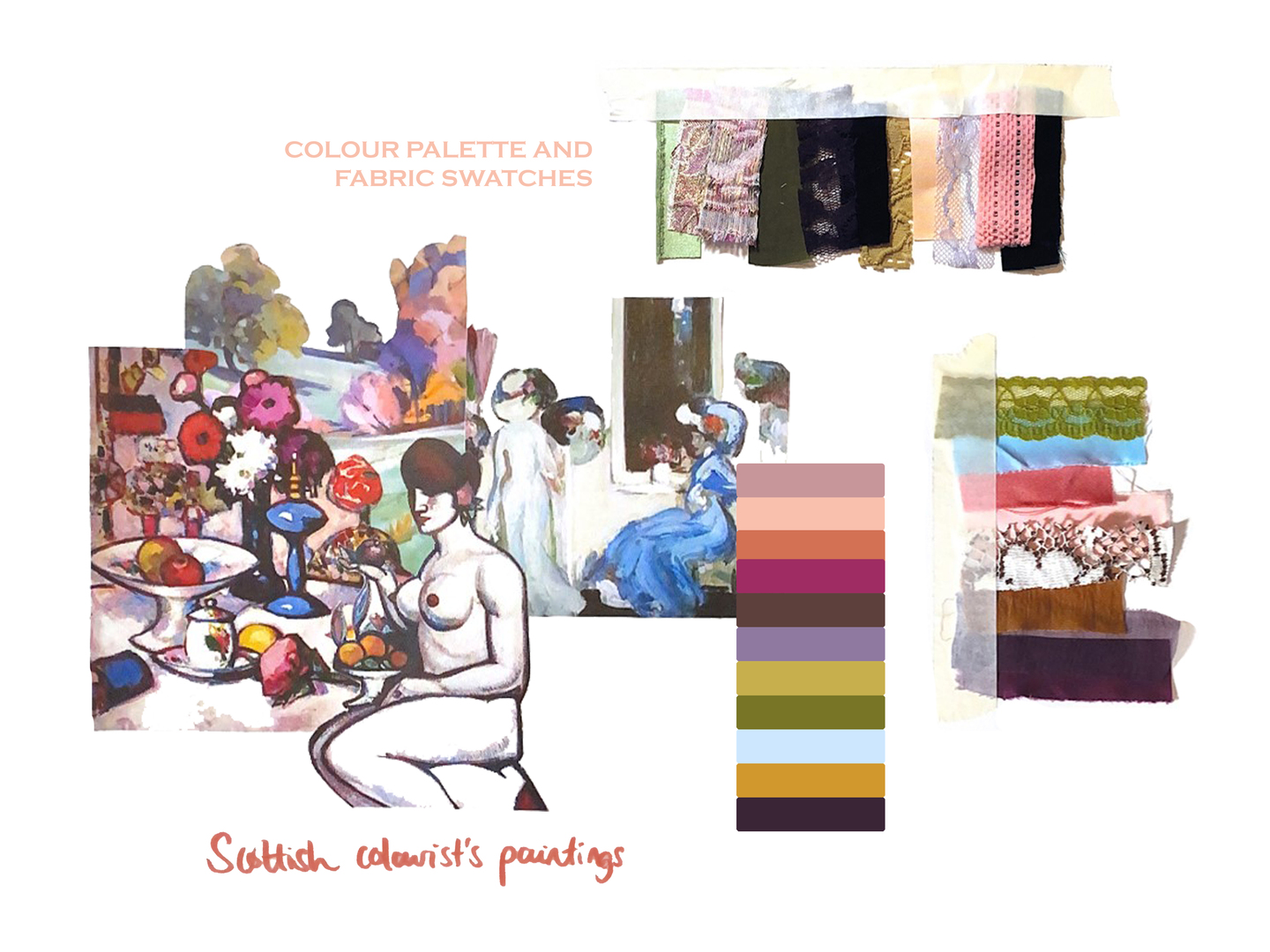 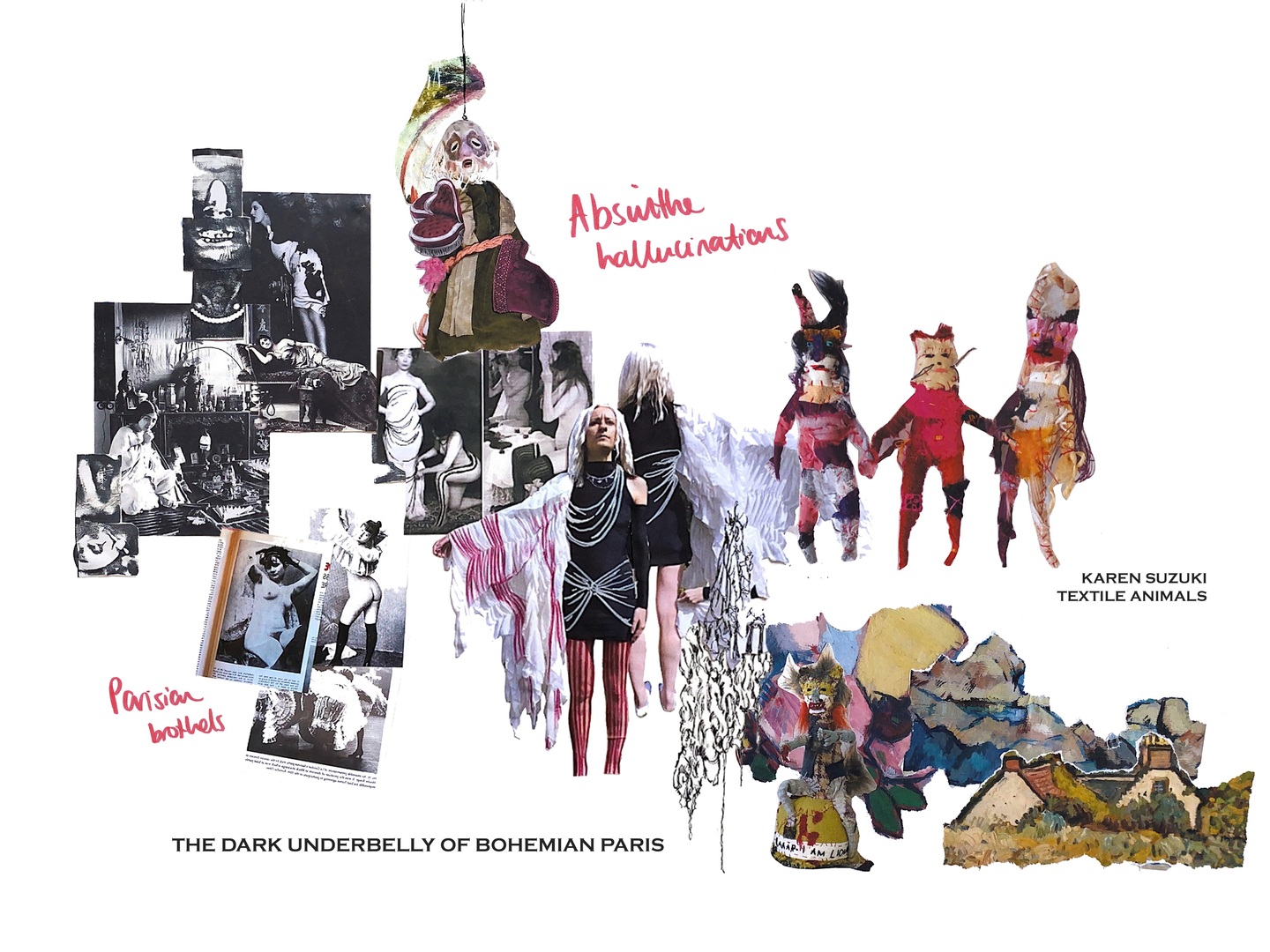 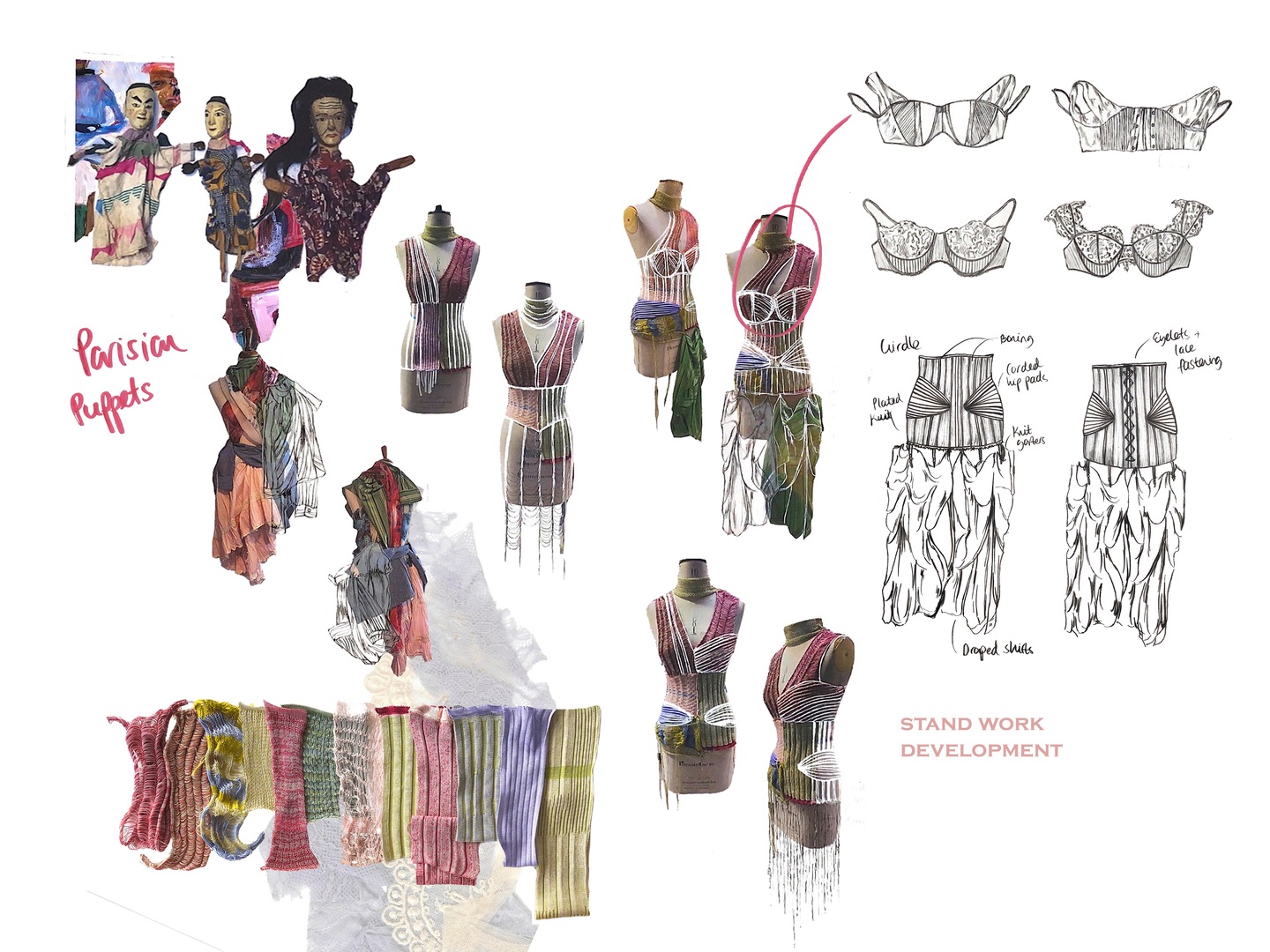 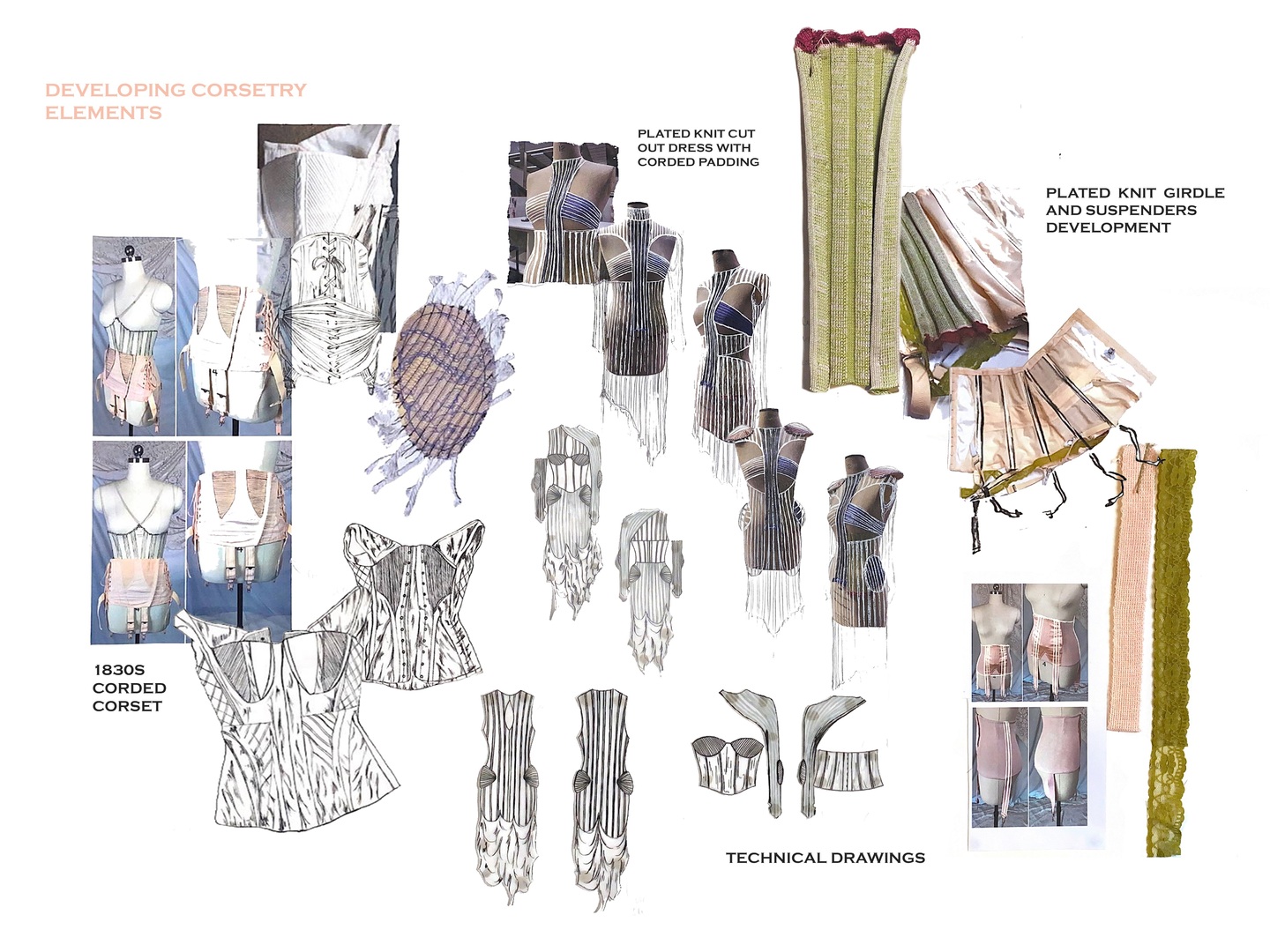 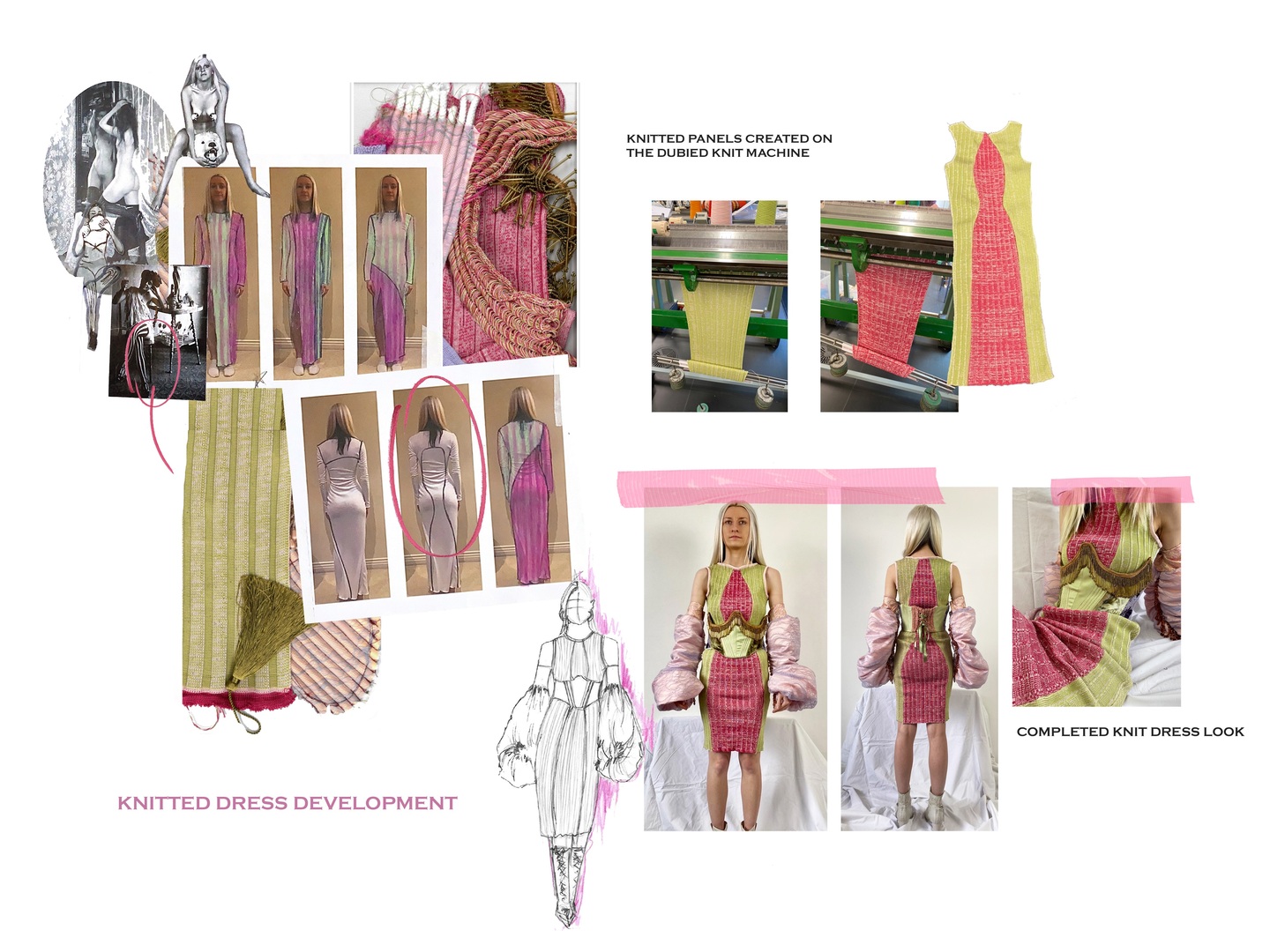 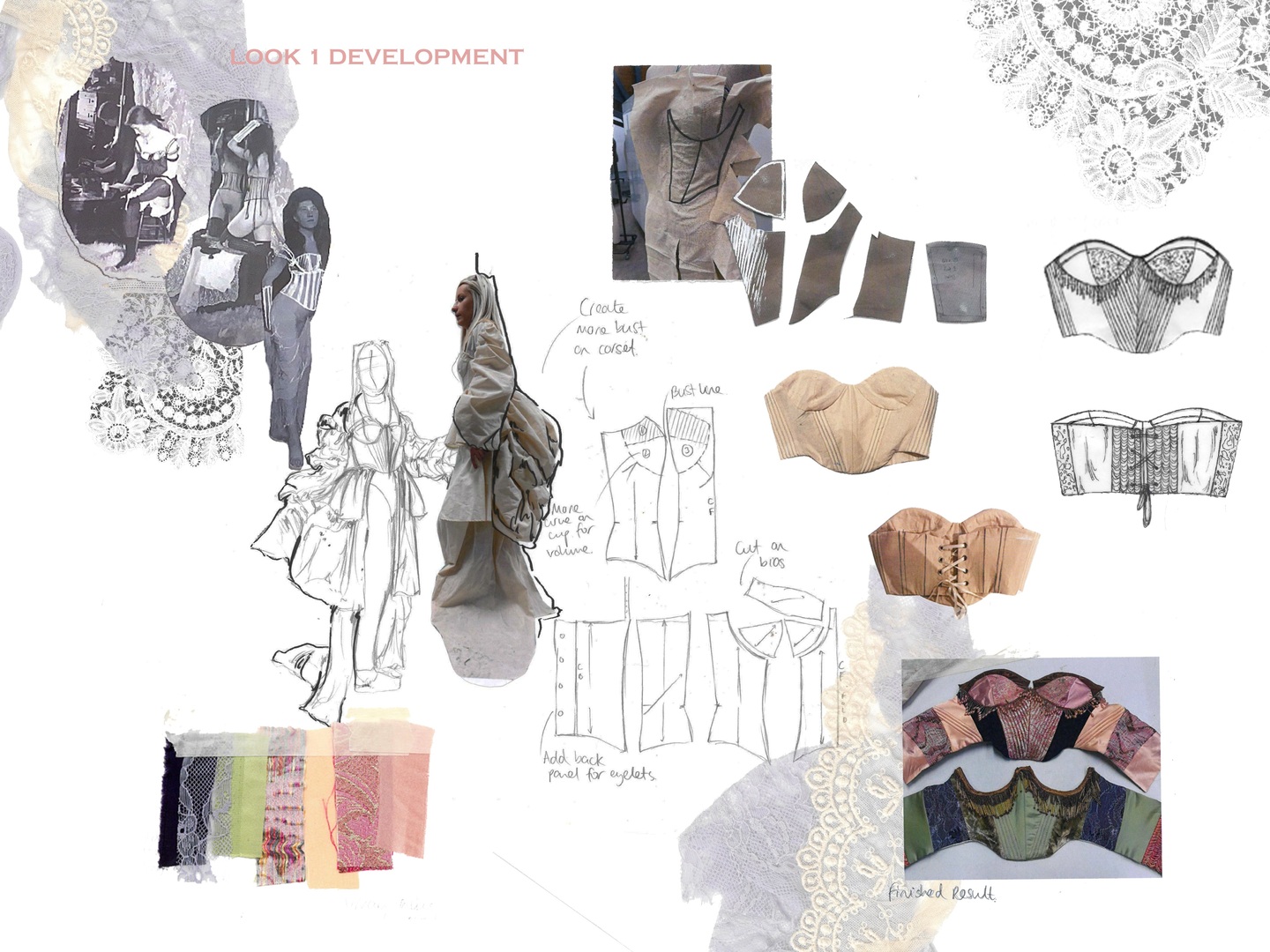 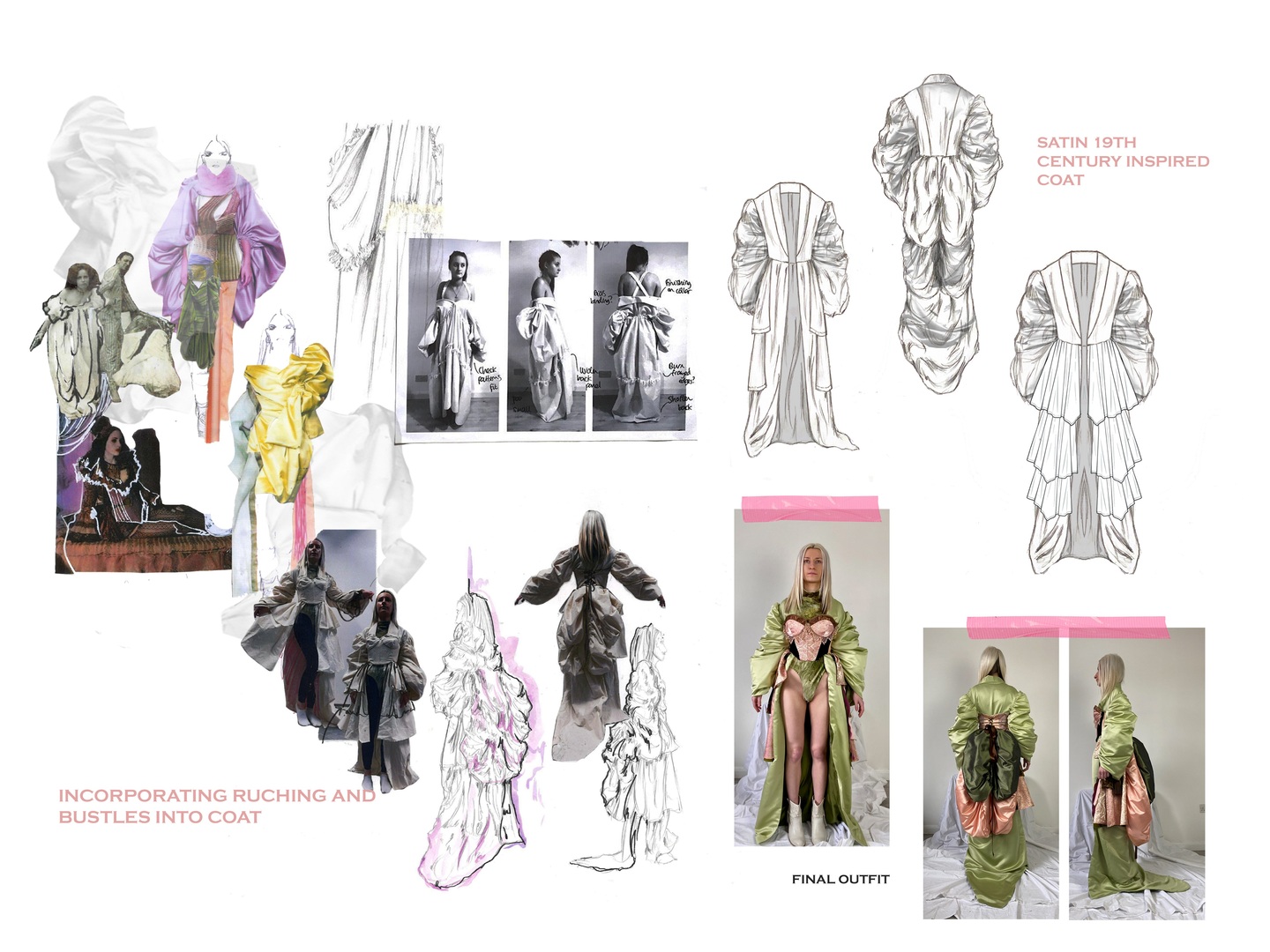 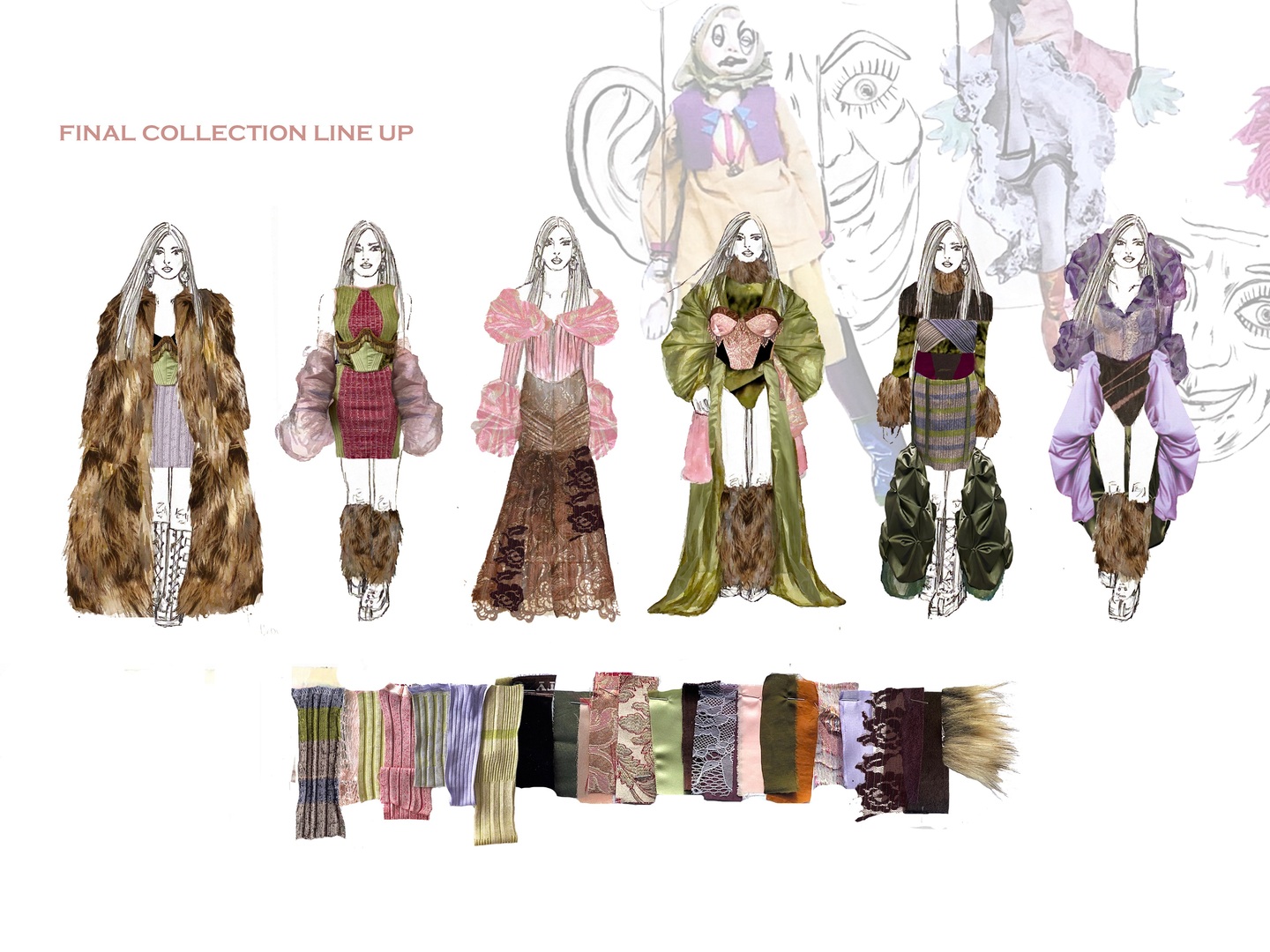 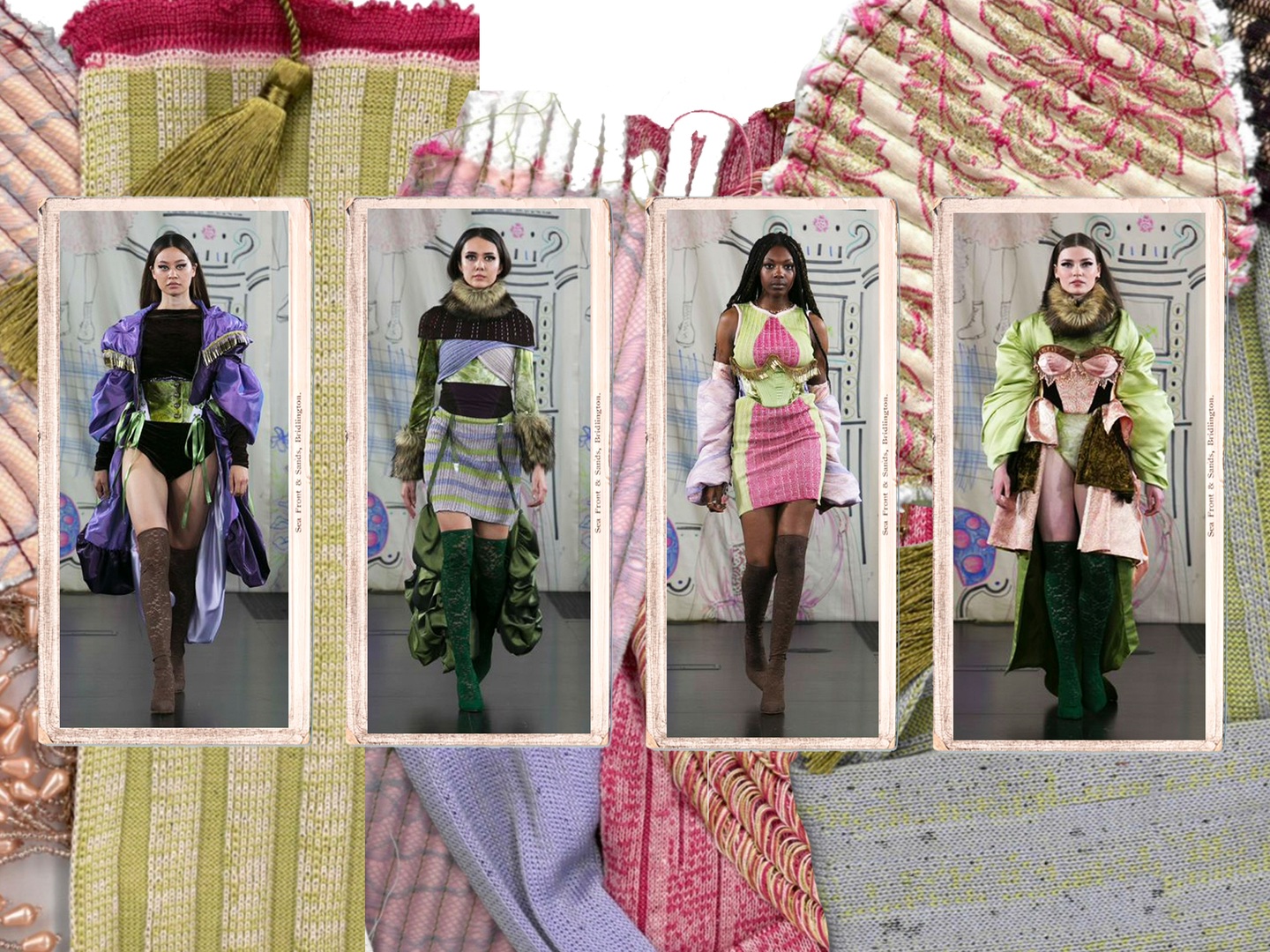 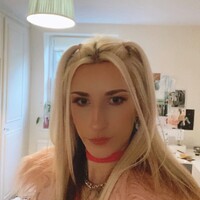 As a womenswear designer specialising in knit and creative cut I love the unplanned results of experimenting with generic garments and sampling on the stand to create innovative and powerful silhouettes that empower the wearer. My final graduate collection, ‘A Bohemian storm is brewing’ delves into the dark underbelly of 19th Century Bohemian Paris and the promiscuous world of the Montmatre. The Moulin Rouge became the first starting point for my work and I began to explore the lives of the cancan dancers in detail, analysing both their garments and how they were percieved by society at the time. The controversial, flesh baring cancan dance paved the way for me to look into other forms of subversion taking place at this time. Opium dens, absinthe, hallucinations and the unconventional Bohemian lifetsyle all inspired my work as I began to create escapist designs that would transport the wearer to this thrilling moment in history.