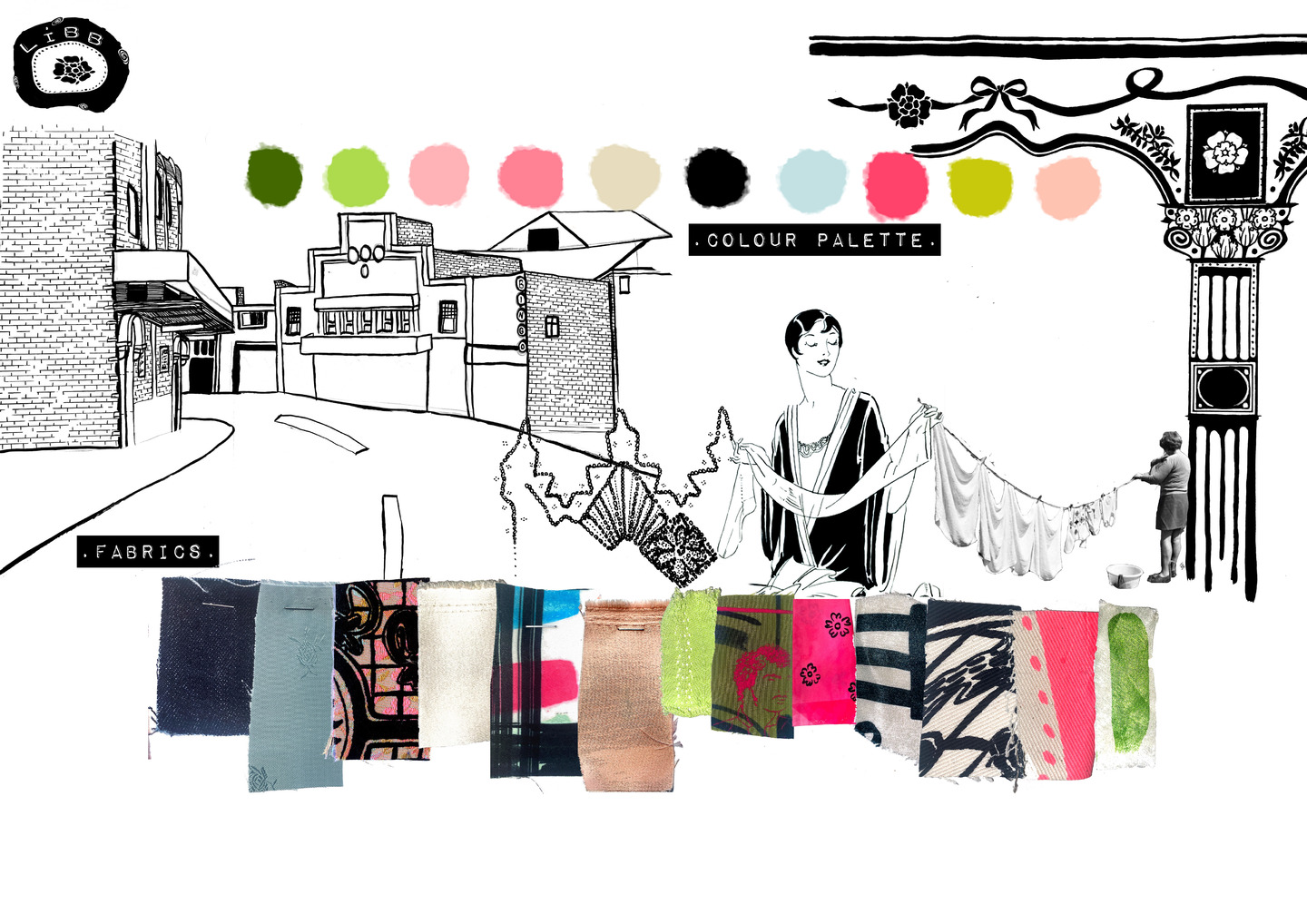 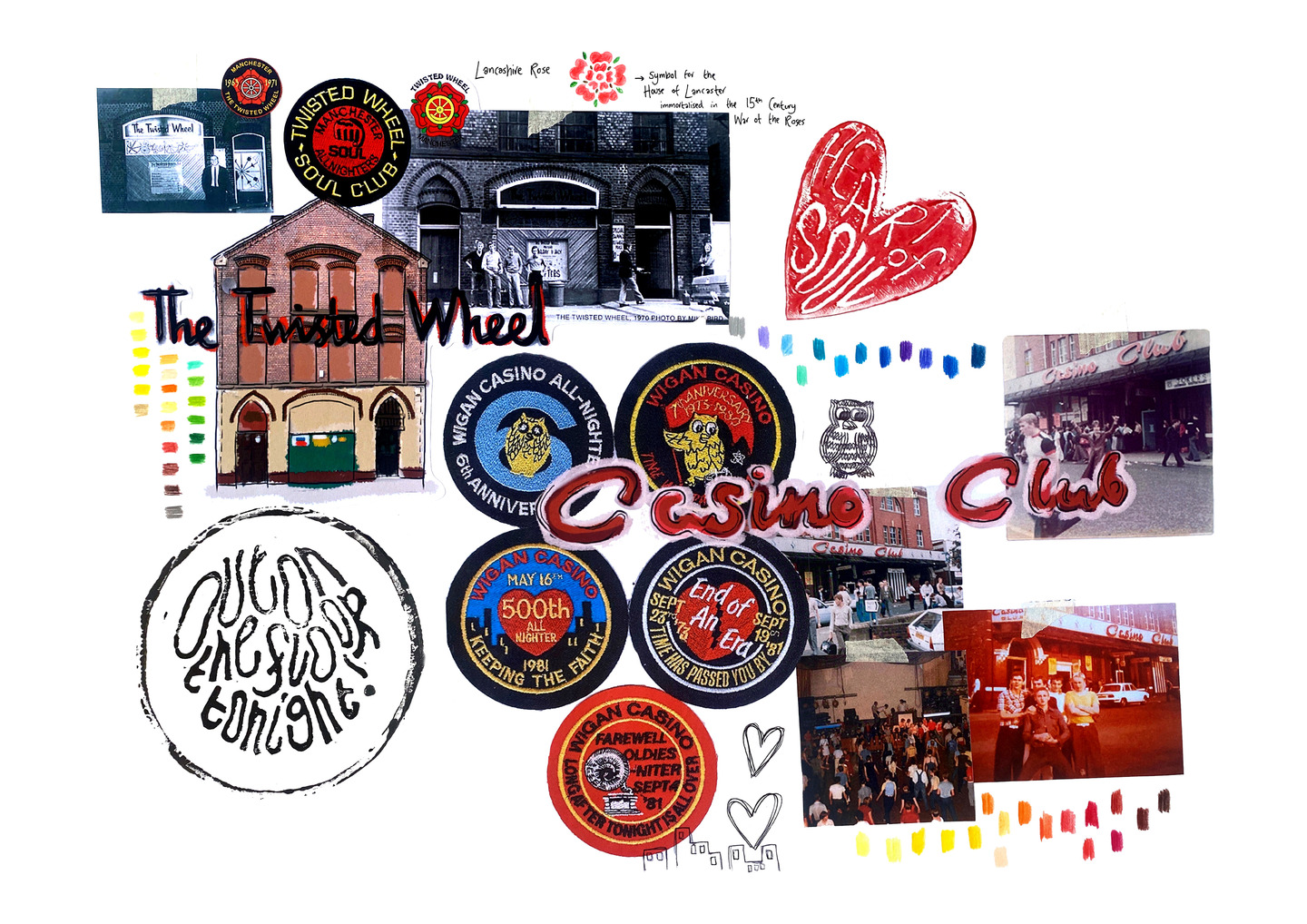 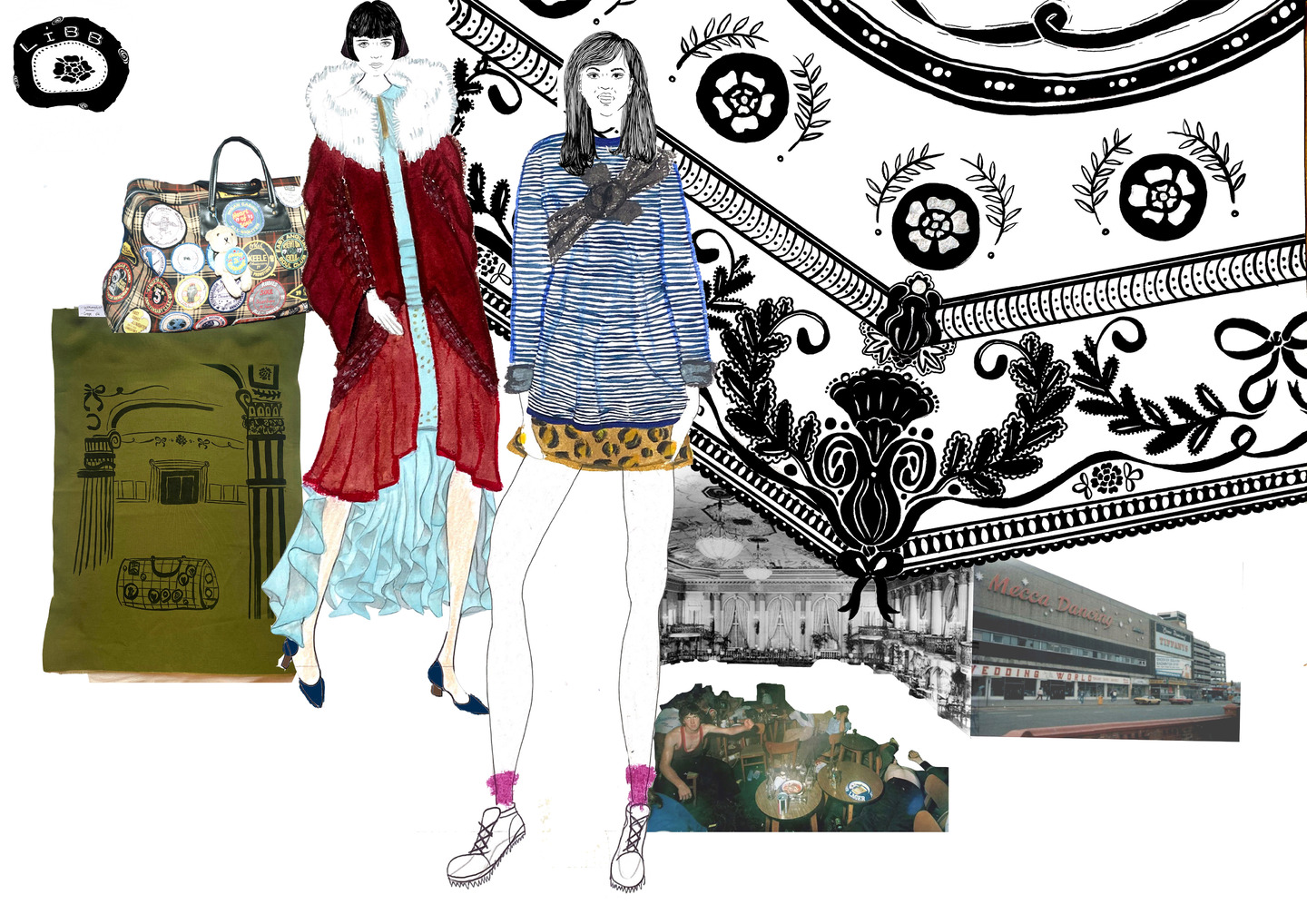 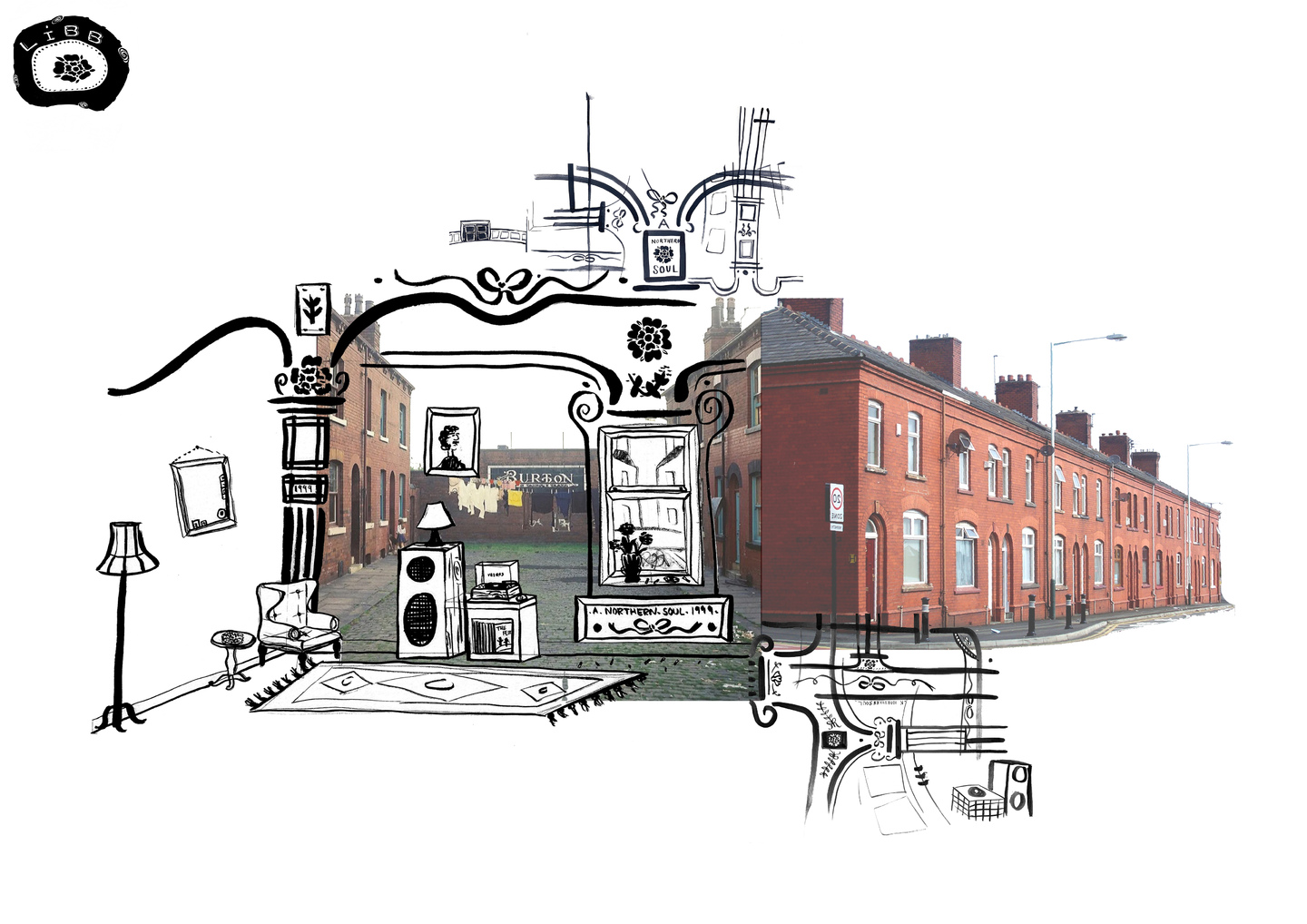 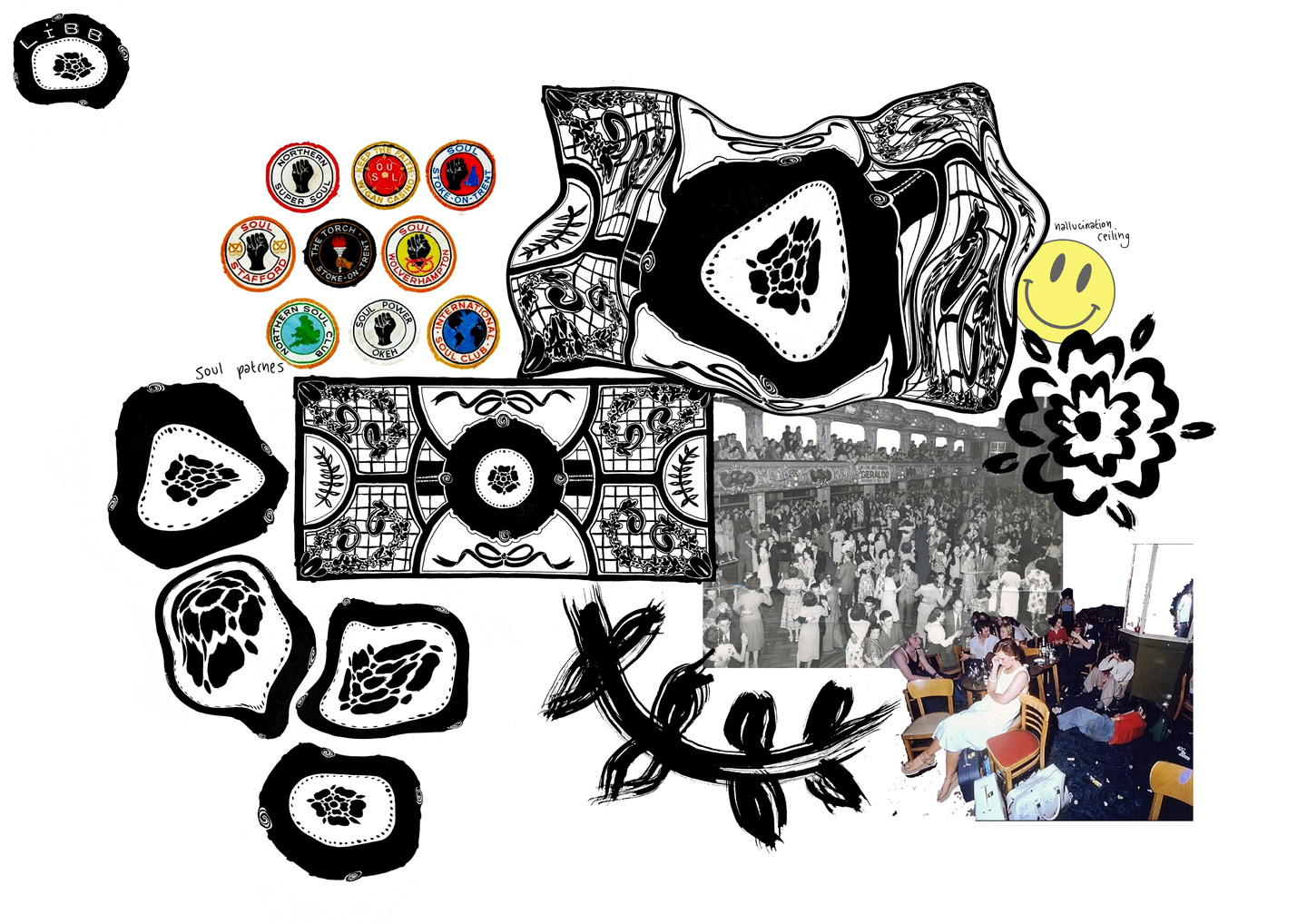 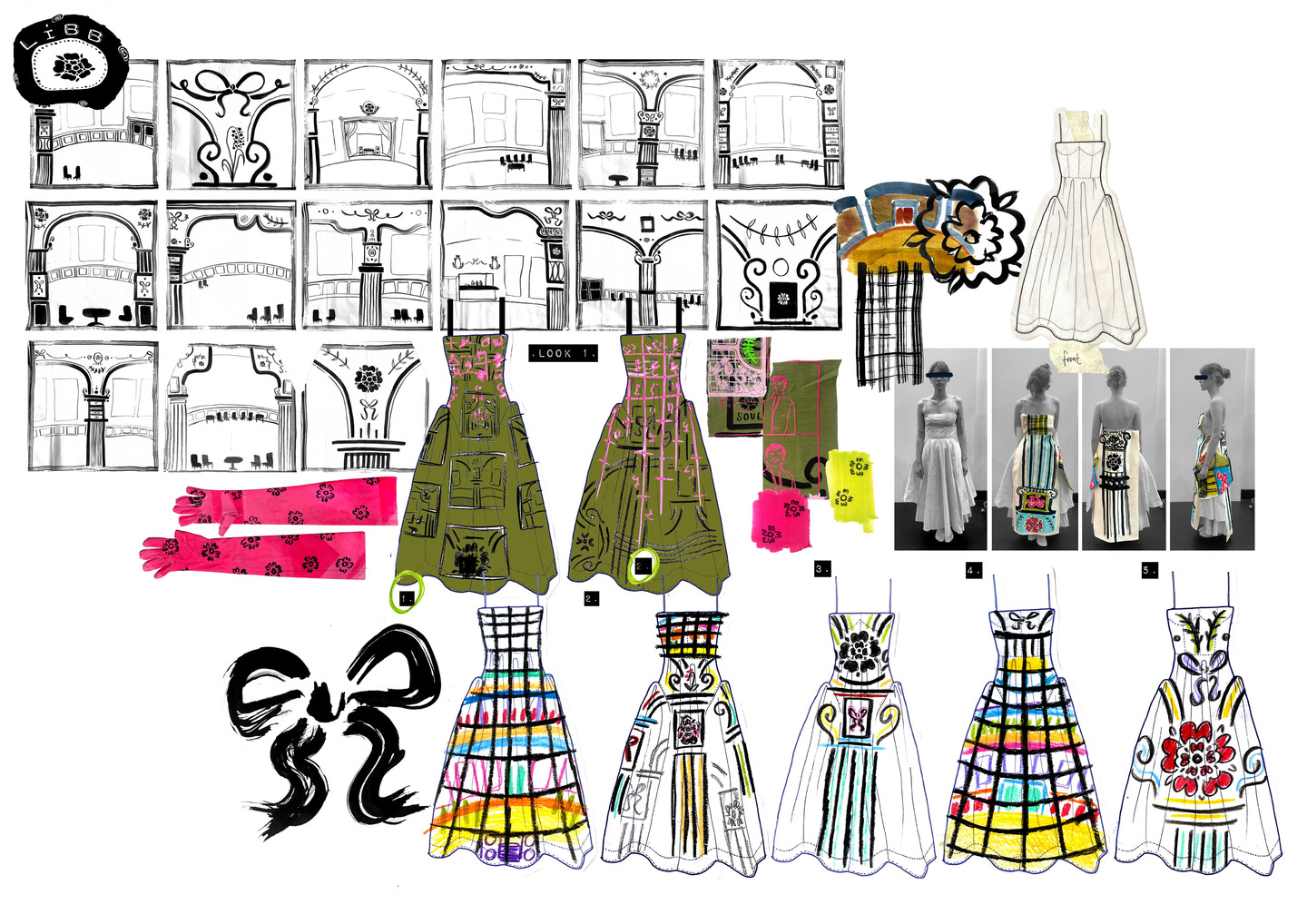 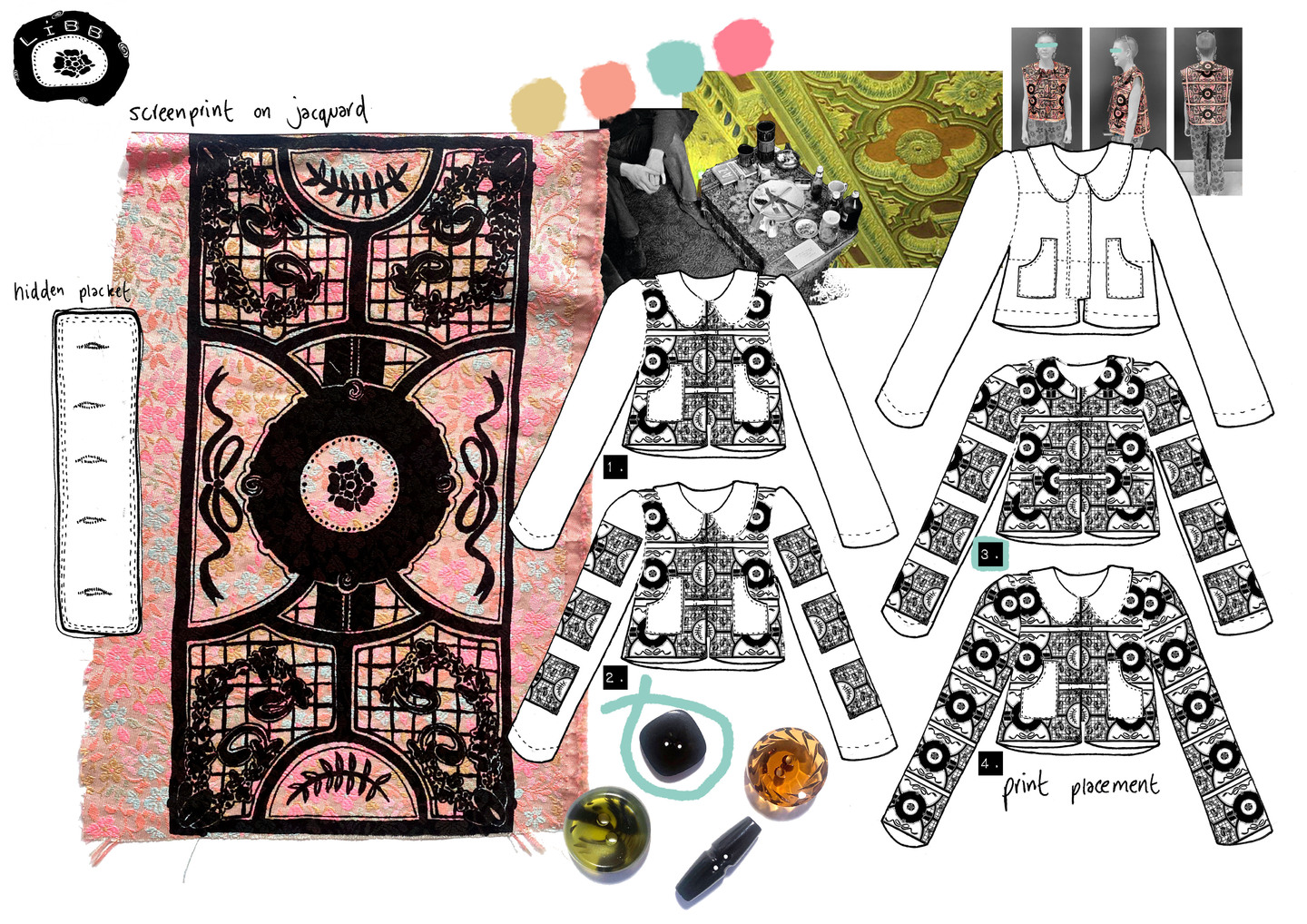 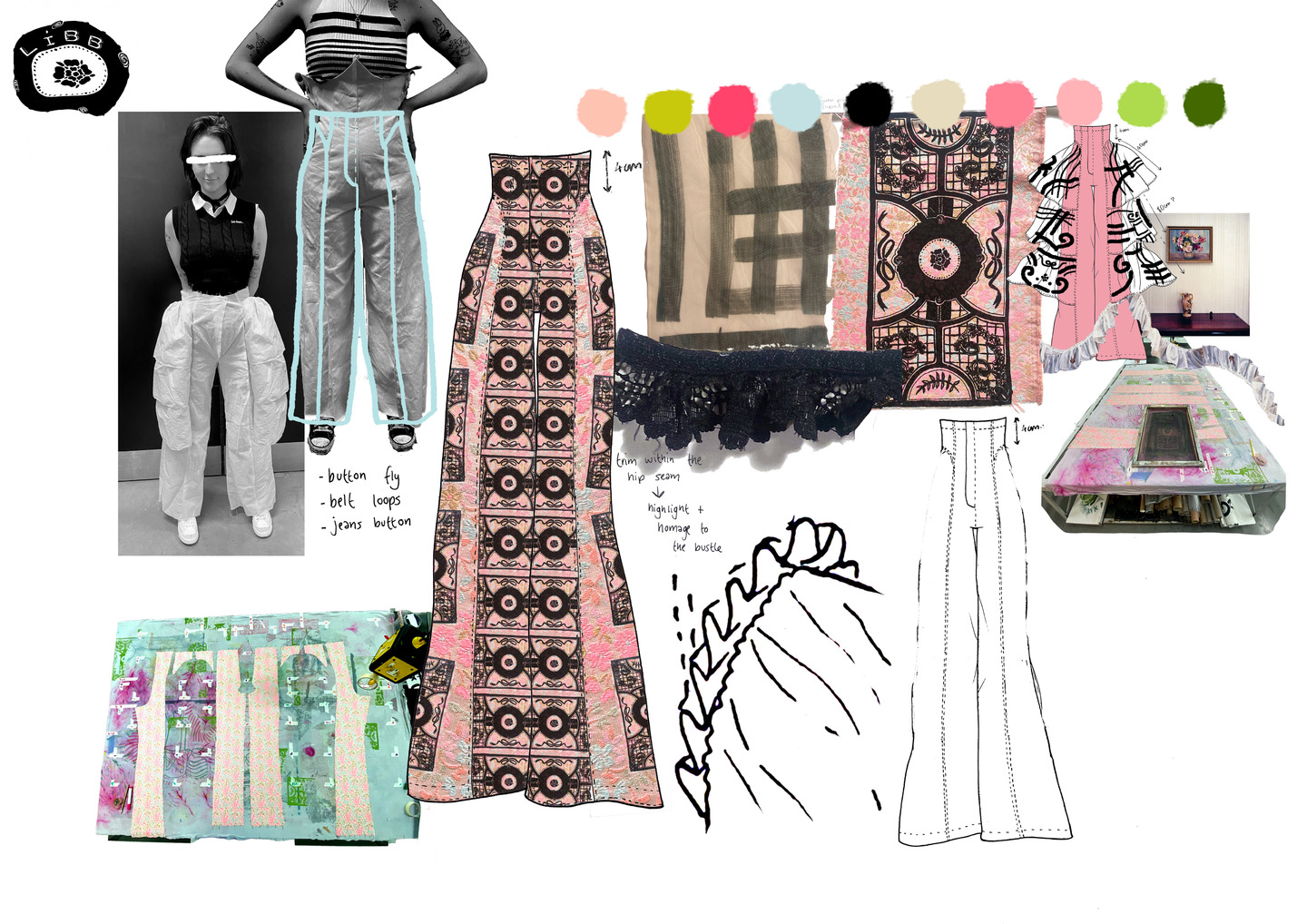 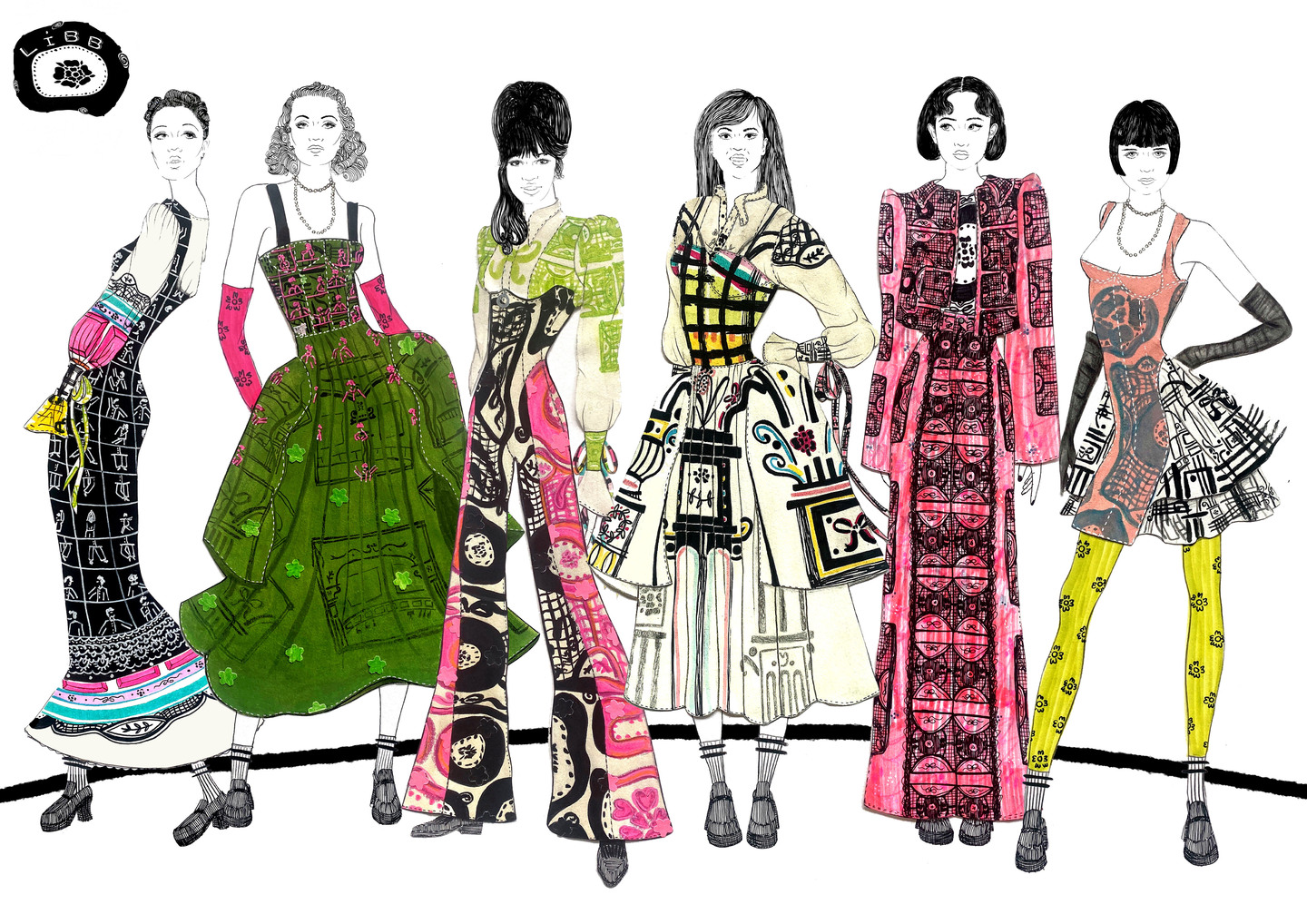 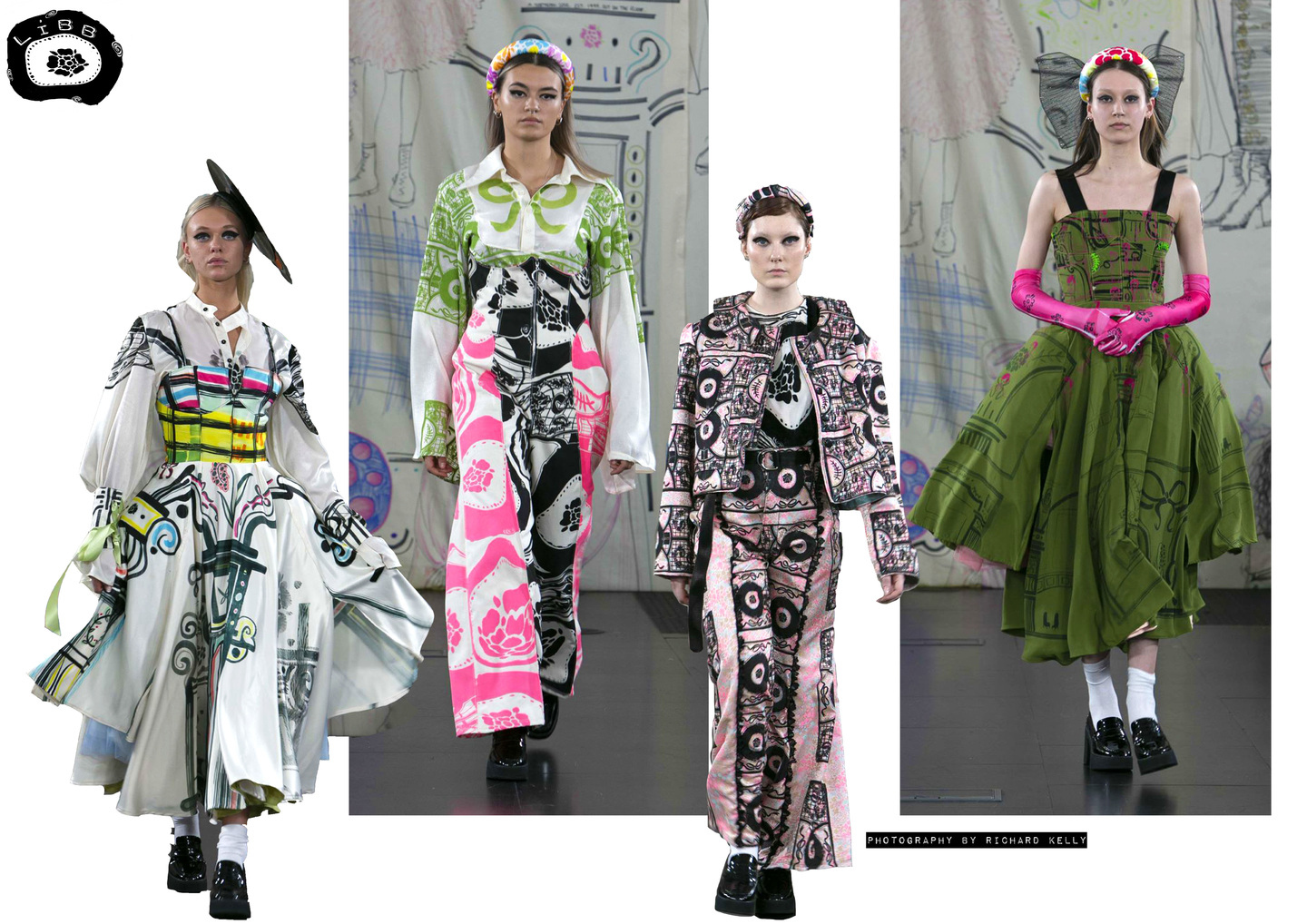 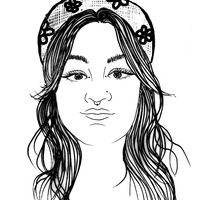 The idea of the 2020s was one of renaissance: lavish parties, glamourous clothing, and excess in all sense of the word. Not sat in a mildew ridden room in food-stained loungewear waiting for my laptop to reconnect. I wanted to fill my collection with energy, joy, art, movement, expression, life and most importantly soul reflected through my prints. After hardship comes happiness- the iconic Jazz Age following the First World War and the escapism of Northern Soul in industrial Northern England in the 1960s and 1970s. I have often been referred to as an old soul: nostalgic for a time in which I wasn’t even born, even a hopeless Romantic. Even the mundane of the past sounded exciting, remaining in my mind and in my creative narrative. I spent many days asking questions and looking through old family photographs. Stories unfolded: an illegitimate child of aristocratic Polish blood, a brother who disappeared in the same war in which the other brother saw the hanging body of Mussolini, a Scottish clan, a starved evacuee surviving on egg sandwiches, an ex- Mormon who on the weekend would transform into a New Romantic; the list could go on. What unites all these people is Manchester – the city in which they met, settled, and spread roots. The same city in which I study, and this collection was made. I want my garments to continue the story, act as an homage to the voices and soul of Greater Manchester: from Altrincham to Ramsbottom, from Oldham to Wigan. I am a Northern Soul.